The untitled Netflix film, marking Kareena Kapoor Khan’s OTT debut, is produced under the banners of 12th Street Entertainment and Northern Lights Films in association with Boundscript and Kross Pictures.

Kareena Kapoor Khan is all set to make her debut with Sujoy Gosh’s film for the streaming giant Netflix. The film is reportedly said to be an adaptation of Keigo Higashino’s The Devotion of Suspect X. Bebo reached the sets of the film and posed with co-star, Jaideep Ahlawat for a picture. Commenting on the same, Netflix accidentally dropped a hint about the film's name. They stressed the word 'Devotion' in the caption and deleted the same later. This could be a very huge hint at the title being this very word. Kareena Kapoor Khan To Make Her OTT Debut With Sujoy Ghosh Directorial; Netflix Film To Also Feature Jaideep Ahlawat And Vijay Varma. 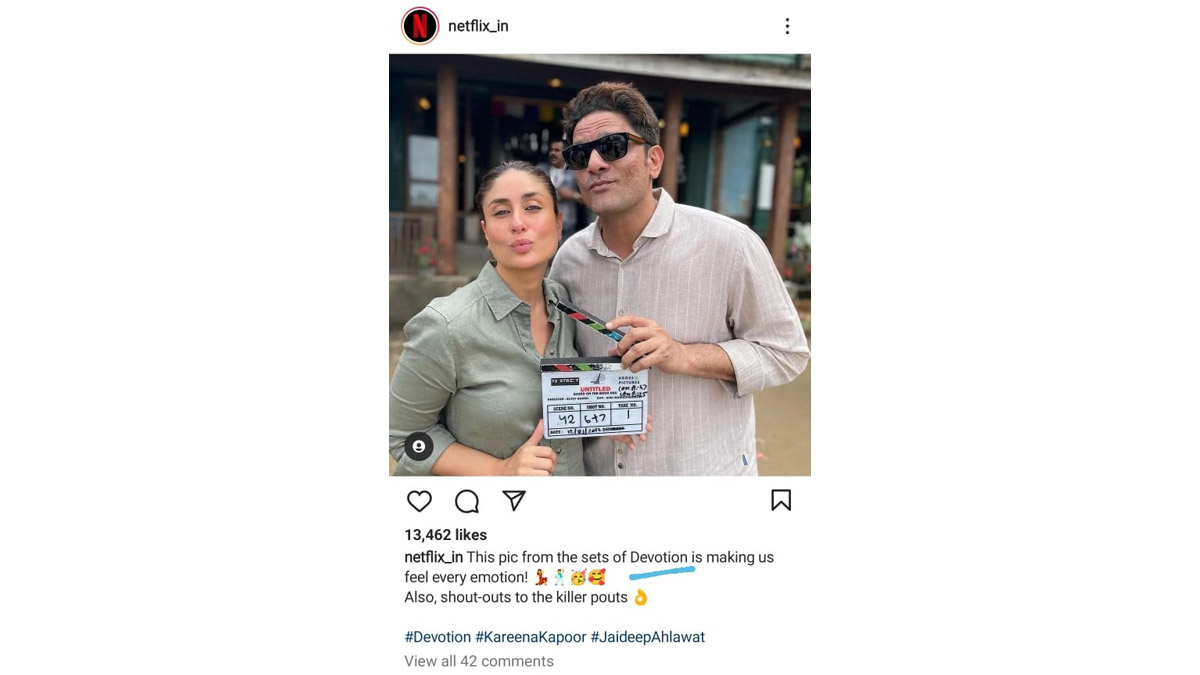