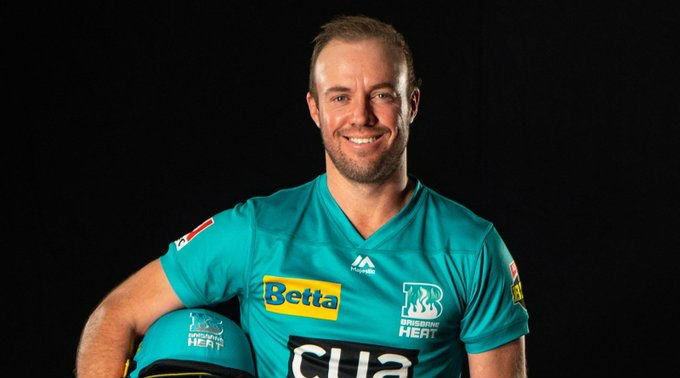 de Villiers took 32 balls to get to 40 before being dismissed by leg-spinner Liam O'Connor. His innings was laced with five fours as Heat chased down the target of 111 with almost five overs to spare.

During the first innings, he also took a sharp catch by diving forward. The catch which the former Proteas skipper took at short extra cover to dismiss Jonathan Wells for 14 helped James Pattinson complete his five-wicket haul.

Pattinson was adjudged the man of the match for his figures of 5/33 in four overs. de Villiers had arrived on Sunday night and said he is confident of a good show in his maiden BBL stint. AB de Villiers Takes Stunning Low Catch On His Big Bash League 2019-20 Debut (Watch Video).

"I felt in some of the best form of my career. Hopefully we'll see more of that in this tournament," de Villiers was quoted as saying by cricket.com.au.

"I know what's required of me to make a play for the team. There's been some standout performances from the Heat this season and I think the team is in a really good place. Tom Banton did a fantastic job, hopefully I'll do a similar job but in the middle order," he added.