Ahead of India vs Australia CWC 2019 Clash, Rohit Sharma Shares an Adorable Pic of Daughter Samaira and Wife Ritika Sajdeh! 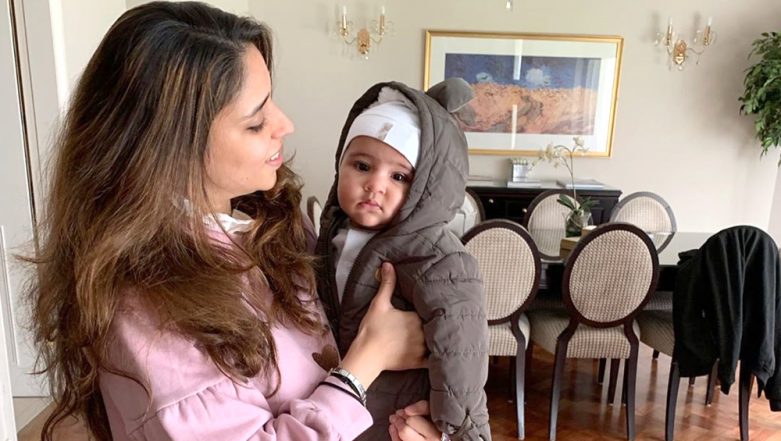 Rohit Sharma and Ritika Sajdeh got married on December 13, 2015. Many celebrities from the world of sports and Bollywood attended the star-studded occasion. Ritika also happens to be Rohit Sharma's sports manager and they started off as very good friends, and it was so for 6 years, before both decided to tie the knot. Rohit Sharma, Ritika Sajdeh and Baby Samaira Take Off to Maldives Ahead of CWC 2019 (See Pics).

While Rohit Sharma shared this lovely picture of his wife and daughter, fans can't stop praising Rohit for his innings of 122 not out against South Africa. The Indian fans must be hoping for a similar knock from the Indian vice-captain during India's match against Australia in the ICC Cricket World Cup on Sunday in the group stage.

The two time World Cup winning India takes on five time champions Australia in match 14 of the ICC CWC 2019. The match will be played at Kennington Oval, London. Team India will rely on their opening batsmen Rohit Sharma and Shikhar Dhawan to get the team to good start as they have done in the past.