David Warner Slams Second Century of ICC Cricket World Cup 2019 During AUS vs BAN Match; Moves Up on the List of Highest Run-Scorers 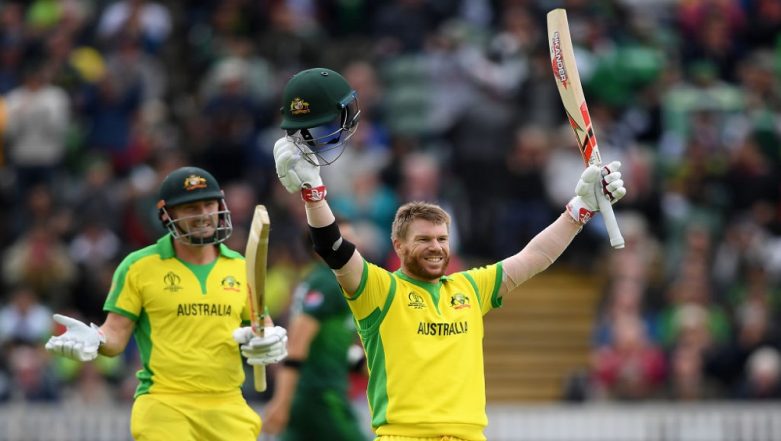 The 32-year-old was involved in a 121-run opening partnership with skipper and fellow opener Aaron Finch (53) to give Australia a perfect start after Finch had won the toss and elected to bat first. His first century of the tournament came against Pakistan where Warner played a match-winning knock of 107 to guide Australia to a 41-run victory over Pakistan.

Both Warner and Finch have been in terrific form at CWC 2019 stitching some valuable partnerships to give Australia good starts in most of their matches. While Finch is fourth in the highest run-scoring list, Warner jumped to second following another good knock against Bangladesh.