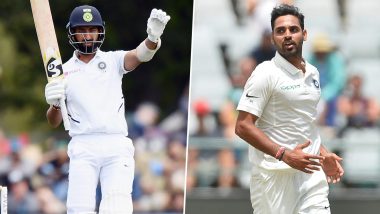 With many prominent cricketers not being able to showcase their on-field blitzes owing to the COVID-19 crisis, they have become more active on social media than usual. In fact, fans have witnessed the camaraderie between many cricket stars through social media banters. Recently, Indian pacer Bhuvneshwar Kumar decided to pull the leg of Cheteshwar Pujara by a cheeky post on Instagram. Many netizens applauded Bhuveshwar’s humour as he brilliantly trolled his teammates. However, Pujara made a sensational comeback to Bhuvi’s sledge and left a brilliant comment which showcased his wit. Rahul Dravid Taught Me Importance of Switching off from Cricket, Says Cheteshwar Pujara.

“#Throwback to the day we were plotting an all-out bouncers attack on @cheteshwar_pujara. #fondmemories #missplaying #missbowling #paceattack,” wrote Bhuvneshwar while sharing a picture with Umesh Yadav, Jasprit Bumrah and Mohammed Shami on Instagram. With the Indian pace battery being regarded as one of the best attacks in the world, social media users were impressed by Bhuvi’s cheeky sledge and filled the comment section with hilarious remarks.

However, Pujara, who has the tendency to make brilliant comebacks, came up with an epic reply. “@imbhuvi How exhausting it must have been to watch me leave and blunt the attack?! #MastermindBhuvi #GoodTimes,” commented Pujara on the post. The banter got viral in a jiffy. However, it was Pujara who emerged as a clear winner in the friendly battle. 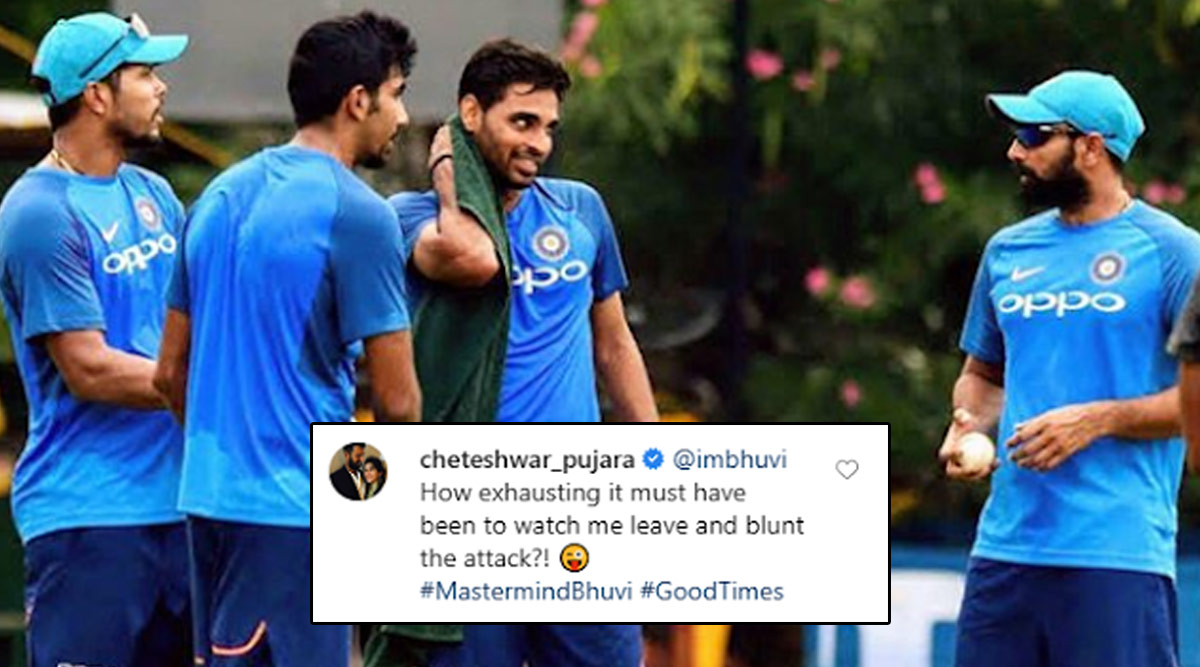 Meanwhile, Indian Premier League (IPL) governing council chairman Brijesh Patel has made it clear that BCCI is planning to conduct the 2020 edition of the gala tournament in October-November. However, they have to wait for the official confirmation of International Cricket Council (ICC) regarding the postponement of the T20 World Cup.

(The above story first appeared on LatestLY on Jun 27, 2020 06:22 PM IST. For more news and updates on politics, world, sports, entertainment and lifestyle, log on to our website latestly.com).