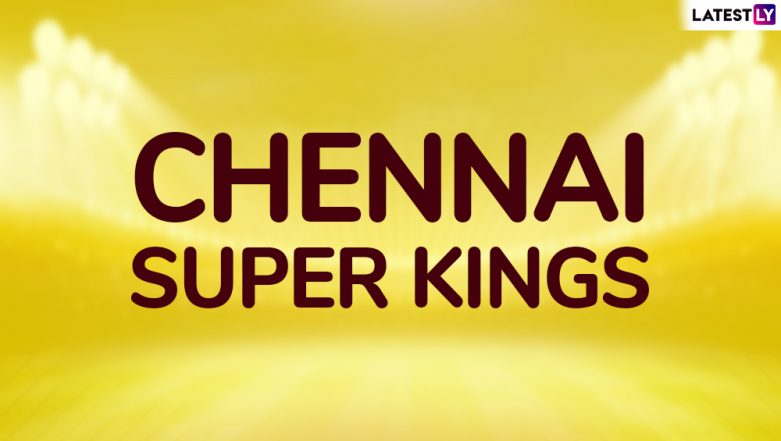 The Chennai Super Kings (CSK) made a spectacular entry back in the Indian Premier League last season going onto lift the trophy. After their controversial exit from the league, the fans were desperate to see the Men in Yellow in action once again. MS Dhoni and his men made sure they won the title with kind of domination only champions can exhibit. They have been champions in 2010,2011 and 2018 and they also won the now-defunct CL T20 championship in 2010 and 2014. Under the guidance of Stephan Fleming, who has been a constant name associated with the squad, they are ready to defend their title. IPL 2019 Schedule in PDF: Download VIVO Indian Premier League 12 Full Timetable With Fixtures, Matches, Team and Venue Details.

CSK has often been referred to as the Daddy’s Team due to the presence of so many veterans in the squad. Players like MS Dhoni, Suresh Raina, Faf Du Plessis, Shane Watson, and Dwayne Bravo have been around for a while now. Bravo and Watson play T20 games around the world throughout the year and it is one of the reasons for their strong showing in the IPL. They are so fond of old players that the Chennai Super Kings management snapped up Harbhajan Singh from Mumbai Indians when his contract expired. The veteran off-spinner along with Deepak Chahar bowled brilliantly last season.

The defending champions begin their preparation for the season from March 16 at the MA Chidambaram Stadium. Many domestic players have arrived at the camp already while those busy with international commitments should arrive by 16th of March. A documentary named Roar of the Lion capturing the inner world of CSK would be streamed on Hotstar on 20th March. It gives an opportunity for all the ‘Whistle Podu’ fans to get to know about their team and favourite players. Talking about favourite players, none can come close to the huge popularity of MS Dhoni who is a demi-god in Chennai. CSK Team in IPL 2019: List of Chennai Super Kings Players for Indian Premier League 12 After Auction.

CSK’s strength lies in their veteran players who just don’t get awed by the situation. Be it batting first or second or defending a score, each and every player knows what is expected of them a per the game plan. Master strategist MS Dhoni has been there and done that on many occasions and his calmness is another strength for Men in Yellow. The other important team strength is their spin bowling with Imran Tahir, Harbhajan Singh, Ravindra Jadeja and even Kedar Jadhav capable of exploiting the spin-friendly pitches of India.

The only weakness that can be associated with the squad is fitness issues as the majority of the players are non-active cricketers. We did not see fitness becoming a problem last year for CSK but muscle related problems do crop up in the intense heat of Indian summer. This means the CSK conditioning staff has to work extra hard to keep the squad fit and motivated.

Being the defending champions, CSK will be part of the IPL opener on the 23rd of March against Royal Challengers Bangalore at the MA Chidambaram Stadium. They next travel to New Delhi to take on the Delhi Capitals on March 26 which happens to be their first away game.