Back in 1952-53, India used twenty-six cricketers for the five-Test home series against Pakistan. Six years later, they used twenty-four against West Indies, also a five-Test series at home. 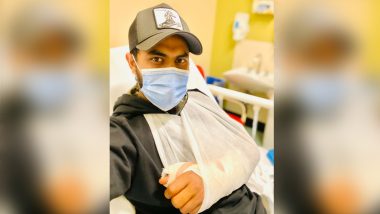 Multiple injuries have forced the Indian cricket team to use 17 cricketers in the ongoing Test series. Now, with Hanuma Vihari and Ravindra Jadeja already ruled out and Rishabh Pant, R Ashwin, and Mayank Agarwal injured, it is very likely that they may have to add to that count. Kuldeep Yadav, Washington Sundar, Shardul Thakur, and T Natarajan – none of whom have featured in the series so far – are all in contention for spots in the Brisbane Test. Jasprit Bumrah ruled out of fourth Test between India and Australia due to abdominal strain

However, even if the count goes up to 20, this will be far from the most number of players India have used in a Test series. Here is a list of series where India used 20 or more cricketers in a Test series. Hanuma Vihari vows to come back stronger after opting out of fourth Test match due to an injury

As is evident, the 1952/53 series towers over others. The series was special to both countries. This was the first Test series India won and the first Pakistan played (they also won a Test match for the first time).

(The above story first appeared on LatestLY on Jan 13, 2021 05:27 PM IST. For more news and updates on politics, world, sports, entertainment and lifestyle, log on to our website latestly.com).