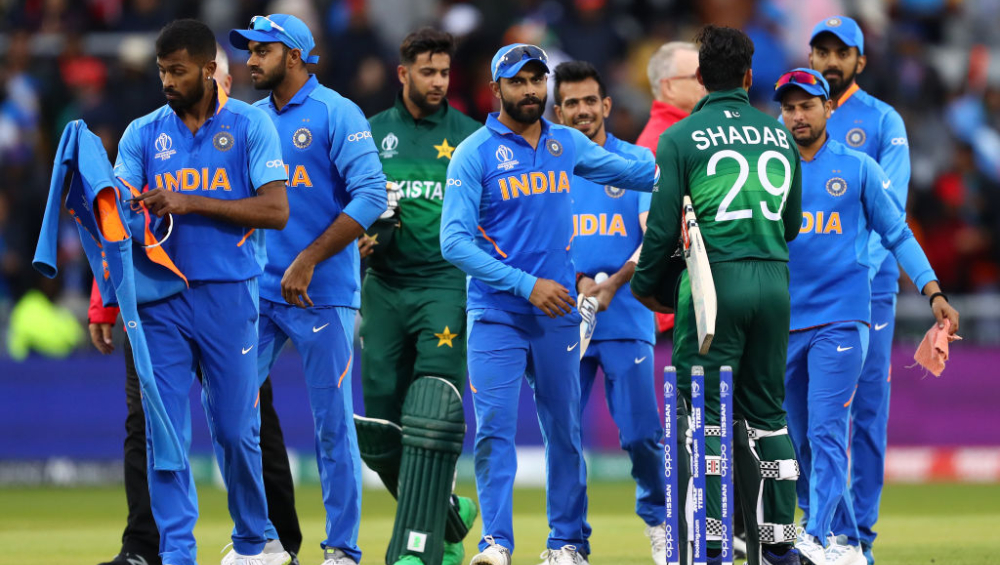 India and Pakistan are set to face-off again when the 2020 Asia Cup starts in Dubai later this year. The 2020 edition of the Asia Cup, which was originally set to held in Pakistan, had to be shifted to Dubai after India refused to send its team to Pakistan for the continental tournament. BCCI President Sourav Ganguly also confirmed the news and stated that the Asia Cup, scheduled to be held in September later this year, has been shifted to Dubai and India and Pakistan will both be playing the tournament. India are the defending champions and the most successful team in the of the continental cricket tournament. Shahid Afridi Claims Till Narendra Modi is in Power, India-Pakistan Relation Can't Improve.

“Asia Cup will be held in Dubai and both India and Pakistan will play," Ganguly was quoted as saying by news agency PTI before he left for Dubai to attend the Asian Cricket Council (ACC) meeting, slated to be held on March 3. While India continue to refuse in sending its teams to Pakistan for any tournament owing to security concerns, the news of both the cricket-crazy nations agreeing to participate in the Asia Cup should come as a good news to the fans, who have been deprived of seeing the Asian arch-rivals and cricketing giants lock horns regularly in international cricket.

India last travelled to Pakistan for any cricket series in 2006-07 and since then the subcontinent have refused to play any form of cricket in India. The BCCI had earlier refused to send its team for the 2020 Asia Cup if the tournament was going to be held in Pakistan. While the BCCI, had stated that it had no issues with Pakistan hosting Asia Cup, the Indian cricket body had demanded the tournament to be staged at a neutral venue.

Both sides have only met in ICC tournaments since 2013, which was the last time Pakistan and India faced-off each other in a full-fledged bilateral series. Pakistan had travelled to India hat year.

Meanwhile, BCCI chief Ganguly also congratulated the Indian women’s cricket team for their winning run at the ICC Women’s T20 World Cup. “They are playing some fantastic cricket and have qualified. Nobody is favourites in a world tournament. They are a good side, let’s see where they finish,” said Ganguly.

Harmanpreet Singh-led Indian women became the first team to seal the semi-final berth after edging New Zealand Women by three runs. India have won all of their matches so far in the T20I World Cup and have six points from three games.