The match is expected to be an evenly-contested one and Mumbai Indians would walk into this clash with a lot of confidence and momentum, something that Delhi might lack, given their loss against KKR in the last match. The repeat of the IPL 2020 final is here and no matter who wins, it is sure to be cracking encounter. 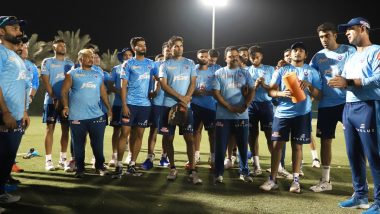 Mumbai Indians would take on Delhi Capitals in match 46 of the Indian Premier League on Saturday, October 2. The match would be played at the Sharjah Cricket Stadium in Sharjah and would begin at 3:30 pm IST (Indian Standard Time). Both these sides are heading into this game on the back of contrasting results. While Delhi Capitals suffered a loss against Kolkata Knight Riders, Mumbai Indians finally found their rhythm, snapped their losing streak and defeat Punjab Kings in their last match. Now, with the playoffs fast approaching, it would be very interesting to see how these sides fare against each other in Sharjah. MI vs DC, Dream11 Team Prediction IPL 2021: Tips To Pick Best Fantasy Playing XI for Mumbai Indians vs Delhi Capitals, Indian Premier League Season 14 Match 46

For Mumbai Indians, this game is as good as a must-win one as they are currently fifth on the points table and are left needing victories in all their remaining three matches if they wish to have a shot at defending their title. Their UAE leg of IPL 2021 did not start well but now with them having found some of that lost form, they would be eager to put it all behind and focus on getting closer to the first half in the table. Delhi meanwhile, are second and despite a loss against Kolkata Knight Riders, they are well-placed to qualify for the playoffs.   MI vs DC Preview: Likely Playing XIs, Key Battles, Head to Head and Other Things You Need To Know About VIVO IPL 2021 Match 46 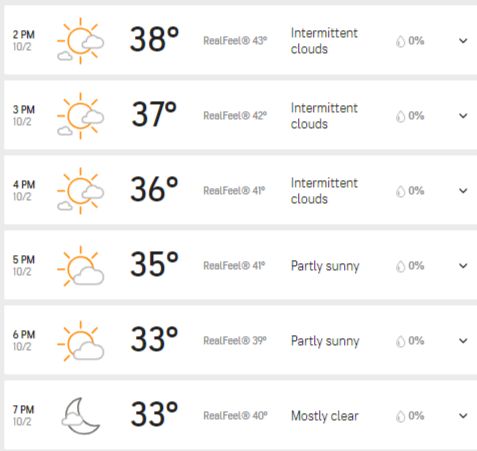 Expected weather in Sharjah at the time of MI vs DC clash (Source: Accuweather.com)

The weather is predicted to be alright for the MI vs DC IPL 2021 match in Sharjah, although there is a forecast of cloudy skies at that time. Having said that, the temperature is likely to be around 33-38 degrees celsius during the match and it is highly unlikely that there would be a rain interruption.

The pitch in Sharjah is expected to assist spinners as seen in the match between Kolkata Knight Riders and Delhi Capitals. Hence, the likes of Ravichandran Ashwin, Rahul Chahar and Krunal Pandya would be important to their teams' chances on this track. The outfield is also slow and hitting boundaries would not be an easy thing to do so a first-innings total of about 140-150 would be a good one to defend on this strip.

(The above story first appeared on LatestLY on Oct 01, 2021 05:54 PM IST. For more news and updates on politics, world, sports, entertainment and lifestyle, log on to our website latestly.com).