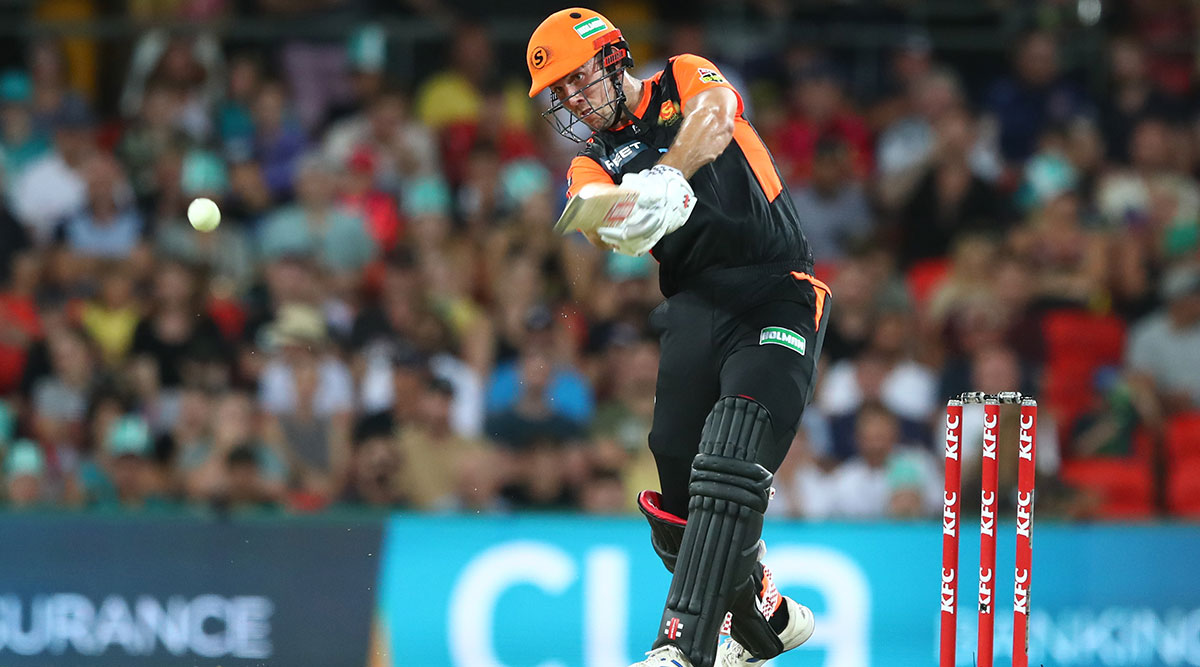 Australian all-rounder Mitchell Marsh unleashed his carnage during the Perth Scorchers vs Brisbane Heat clash in Big Bash League 2019-20 and played a sensational knock. Coming to bat at number four, the Perth skipper attacked the bowlers from the outset and scored runs at all the parts of the park. The likes of Ben Laughlin and James Pattinson looked completely ineffective against the dasher and all they saw was hammering. Marsh scored a 41-ball 93 and guided his side to a mammoth first-innings total of 213/3 and, eventually, a 32-run triumph. With the ICC T20 World Cup 2020 going to be played on Australian soil only, Marsh will eye a spot in the Australian squad for the gala tournament and his exploits can’t be ignored easily. Catch of the Year? Ben Laughlin 'Flies' in His Follow-Through to Take a One-Handed Stunner.

During the course of his special knock, Marsh mustered three boundaries and eight towering sixes. Clearing the boundaries of WACA Stadium in Perth is certainly not a bread and butter task but Marsh took on the challenge and made his outing a nightmare for the bowlers. The all-rounder played his last T20I back in October 2018 and will seek to make a comeback. With Marcus Stoinis and Glenn Maxwell dropped from the national side, Marsh’s heroics might have come at the perfect time. Hat-Trick Hero Haris Rauf Comes Up With 'Adaab Celebration' in BBL 2019-20, Watch Video.

Speaking of the match, Perth won the toss and elected to bat first. Josh Inglis and Liam Livingstone gave their side a flying start as the home side crossed the fifty-run mark inside five overs. However, the actual picture started with Marsh’s arrival. He guided the Scorchers to 213 runs. In reply, Brisbane Heat tried to make a comeback but the ask proved to be too much and they fell 32-run short of Perth’s total.