Catch of the Year? Ben Laughlin 'Flies' in His Follow-Through to Take a One-Handed Stunner During Brisbane Heat vs Hobart Hurricanes BBL 2019–20 Match (Video) 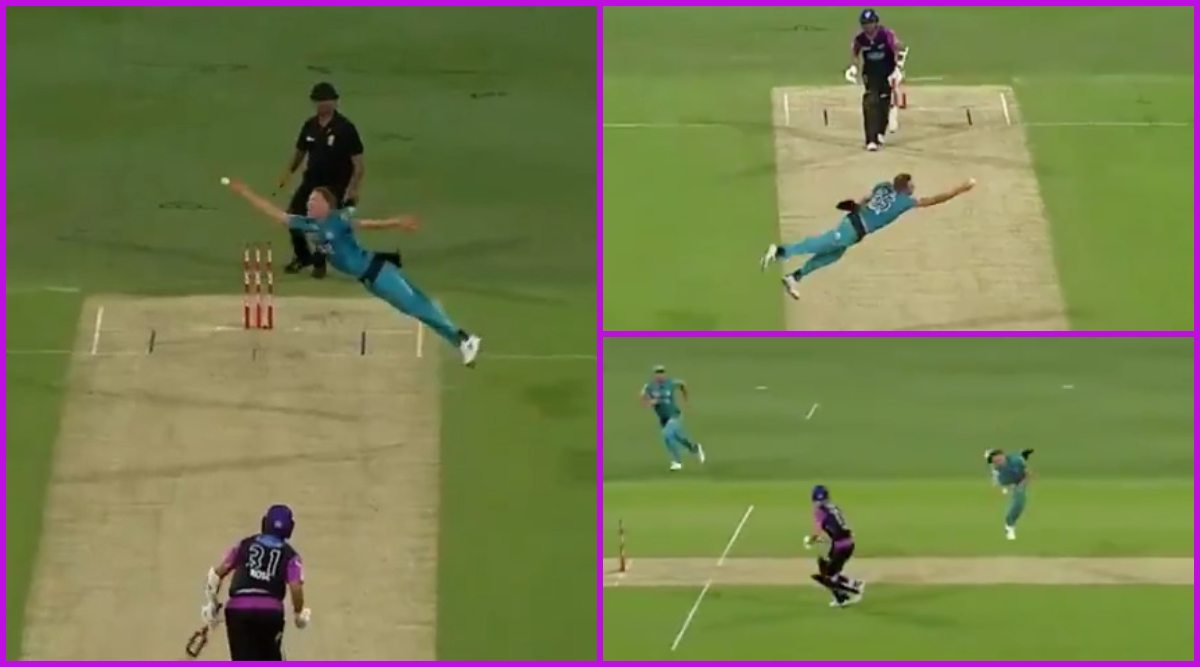 Brisbane Heat’s Ben Laughlin took a super return catch during his team’s match against Hobart Hurricanes in the Big Bash League 2019-20 (BBL). Laughlin dived full-length to his right and completed the catch with just one hand. All this in his follow-through! It was a clever effort by Laughlin as he bowled a slower one. The lack of pace deceived the batsman as he mistimed the ball back towards the bowler. BBL 2019–20: 5-Year-Old Boy Suffering From Brain Cancer Flips Bat During Brisbane Heat vs Hobart Hurricanes Clash (Watch Video).

Clive Rose was the batsman dismissed following Laughlin’s special effort. It was the sixth wicket of Hobart Hurricanes’ innings as they were restricted to126 for nine in their allotted 20 overs. Laughlin ended with two wickets for 21 runs in his four overs.

In response, Brisbane Heat reached the target in 18.2 overs with five wickets in hand. Ben Cutting, who came out to bat number seven, played a match-winning cameo of 43 off just 29 balls to help his side win the match. Cutting smashed three sixes and as many sixes during his knock. Hat-Trick Hero Haris Rauf Comes Up With 'Adaab Celebration' in BBL 2019-20, Watch Video.

Meanwhile, the win was Brisbane Heat’s fourth out of seven matches this season. As of now, the Chris Lynn-led side is on the second spot on the BBL 2019-20 points table. Melbourne Stars and Sydney Sixers are on first and second spot respectively.