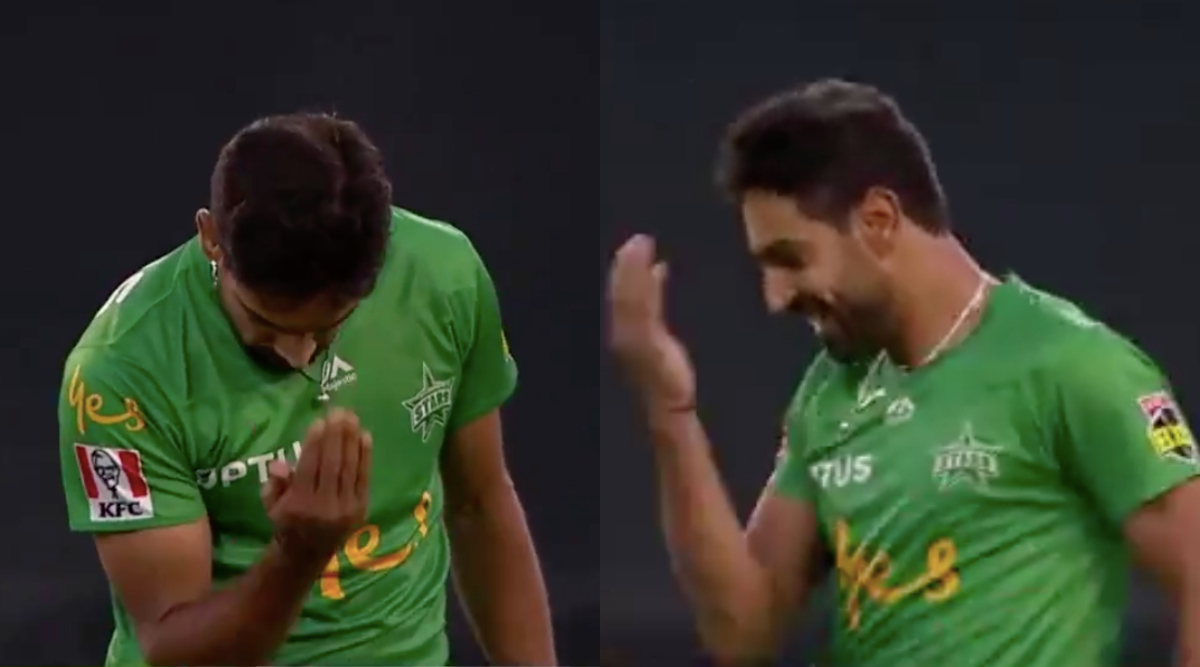 Pakistani fast-bowler Haris Rauf is enjoying his time down under. The pacer is currently playing in the Big Bash League 2019-20 (BBL) for Melbourne Stars, and he claimed a hat-trick against Sydney Thunder. He becomes the first bowler for Stars to take a hat-trick in the BBL. Interestingly, Rashid Khan had earlier claimed a hat-trick as well during Adelaide Stars vs Sydney Sixers match. Meanwhile, Haris came up with a new celebration style after he was slammed for his previous one. Haris Rauf Hat-Trick Video: Pakistan Pacer Takes Three Wickets in Three Balls for Melbourne Stars vs Sydney Thunder in BBL 2019–20.

The right-arm fast bowler was criticised for his throat-slit celebration. And the pacer has changed it to a more cultured way of celebrating a fall of a wicket. Rauf now celebrates the fall of a wicket with 'adaab' a hand gesture used by South Asian Muslims. As Rauf claimed a hat-trick in the latest BBL match, the pacer dished out the new celebration style.

Rauf was earlier included in the Melbourne Stars’ team after the injury to pacer Dale Steyn, who happens to be his idol. However, once Steyn was back, Rauf was dropped from the side. He was then recalled as Sandeep Lamichhane was rested. Rashid Khan Hat-Trick Video: Afghanistan Spinner Records Another Incredible Feat.

The Celebration That Was Criticised

This is unnatural and barbarians type celebration. From Where this fellow learned..?

Rauf was spotted by former Pakistan fast bowler Aaqib Javed and the pacer later represented Lahore Qalandars in the Pakistan Super League (PSL). Rauf is tipped to make it to the Pakistan T20I team. Having an experience of playing Down Under could actually help him earn the ticket for the T20 World Cup 2020 which will be held in Australia in October-November.