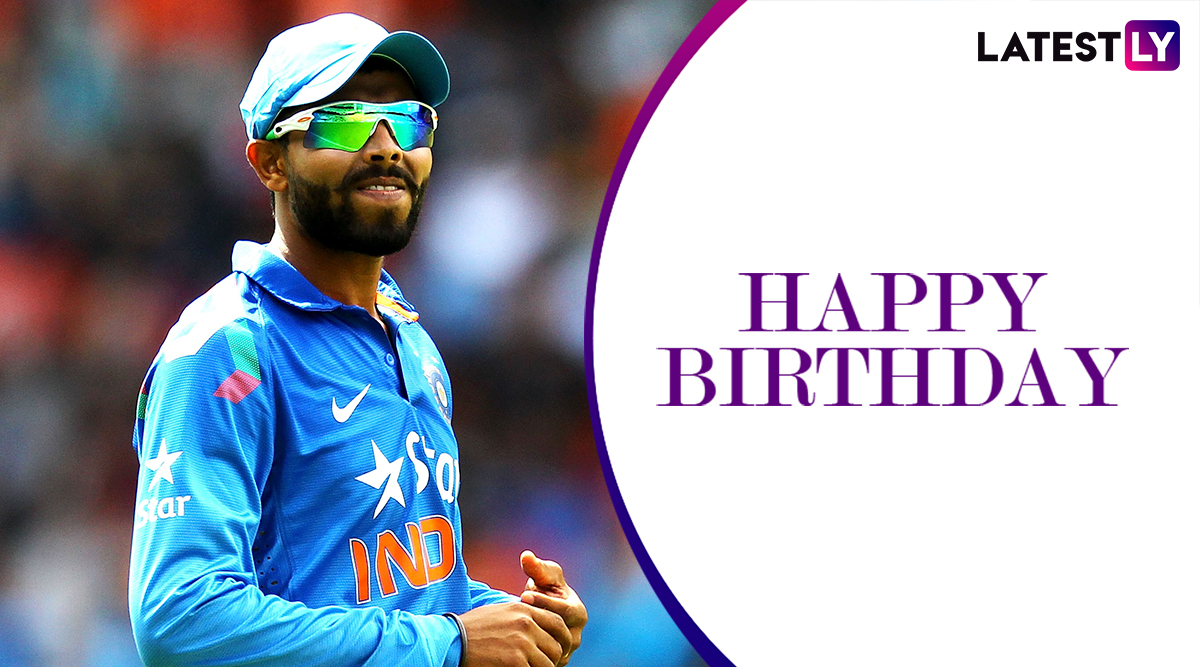 A man with the fastest legs and the safest hands in India cricket and arguably in world cricket, Ravindra Jadeja turns 31 on December 6, 2019 (Friday). Virat Kohli accepts that it’s difficult to beat or outpace Jadeja on legs and Mahmudullah would tell you what Ravindra Jadeja can do when the ball is in the air – remember 2016 T20 World Cup. At 31, he is already a serial winner. Jadeja played the 2006 U-19 World Cup final and was also part of a superstars-making squad of 2008 that under Kohli lifted the biggest title in junior cricket. He won the Golden Ball in India’s 2013 Champions League triumph in addition to his four Indian Premier League (IPL) titles. He remains one of India’s best all-rounders but Jadeja’s fielding abilities is what puts him on a different platform than his contemporaries. On his birthday, take a look at some instances when Jadeja left the opposition shocked with his fielding skills. Happy Birthday Ravindra Jadeja: Lesser-Known Facts About 'Sir Jadeja' As He Turns 31.

Jadeja has taken over 100 catches in 248 matches for Indi across all the three formats. But stats won’t explain what impact they made and how effective he has been in the outfield and on the boundary line for his teams. Since making his debut for India in 2009, Ravindra Jadeja has won at least three Man of the Match (MoM) awards for his fielding skills. In a T20I game in Australia, the home were cruising to a comfortable win until he effected two run-outs to put back into the game and eventually guide them to a win. His fitness that went well with his confidence and ability in his own skills made Shane Warne call him the “Rock star” at Rajasthan Royals.

He is a “Superstar in making” said Warne talking of Jadeja in 2008 when the cricket newbie along with so many his young boys and under the tutelage of Warner guided the Royals to an unbelievable IPL title win in its inaugural season by beating a star-studded Chennai Super Kings in the final having already overcome six other fancied teams. Jadeja’s brilliance in the field once made Ross Taylor term him what Mohammad Yousuf said of a prime Yuvraj Singh – You don’t run when the ball is in Yuvraj’s hands. Jadeja in this case.

Where: The Oval Cricket Ground, London

Fielding Instance: One Look, One Stump, One Attempt! Run Out! Shoaib Malik

Jadeja is second to Jason Holder in the ICC Test rankings for all-rounders. For a boy, who lost his mother to an accident in 2005 and was supported by a night watchman father, Jadeja is an inspiration to many budding cricketers. His is a rags to riches story in all senses. He was instrumental in India’s Champions Trophy win in 2013 and finished the tournament with the highest number of wickets, which won him the Golden Ball. Jadeja also became the World No 1 ODI bowler in 2017 making him the first Indian bowler ever since Anil Kumble in 1996 to reach the peak of ICC ODI bowling rankings. Only four Indian bowlers, including Jadeja and Kapil Dev, till date, have achieved that feat.