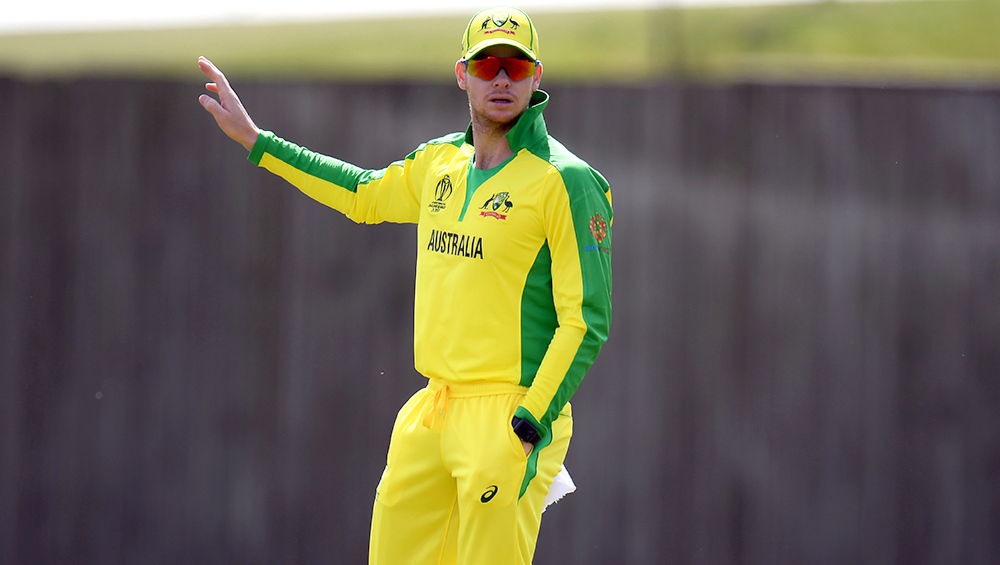 Steve Smith has finally served his two-year captaincy ban and the star batsman is again eligible to lead Australia again. During the 3rd Test of Australia's 2018 Tour of South Africa in Cape Town, the right-handed batsman was founded guilty for getting involved in a ball-tampering scandal along with David Warner and Cameron Bancroft. Smith and Warner were handed a one-year ban with the former getting a two-year captaincy ban while Bancroft was banned for nine months. Steve Smith Showers Praise for Virat Kohli, Says ‘I See Incredible Kohli Breaking More Records.’

Post Smith's termination, wicket-keeper batsman Tim Paine was named Australia's captain in Test matches while Aaron Finch took over the reins in ODIs and T20Is. Smith became eligible to participate as a player in 2019 and has played under the two new captains. So, it will be interesting to see whether Cricket Australia will appoint Smith as the captain or not.

Finch has done a decent job during his stint as the captain and hence, is expected to continue to lead the side. However, Tim Paine has certainly not performed as per the expectations and even his place in the side has been questioned by many crickets pundits and fans.

The Hobart-born cricketer has done an acceptable job behind the stumps and his decision making has also impressed many. However, his performance with the bat has been quite ordinary which has raised many eyebrows over his place in the squad.

With the coronavirus pandemic taking the world by storm, cricket series and tournaments all over the world came to a halt and thus, the Australian cricket board will not hurry in giving leadership to Smith again.

Their next assignment, however, will get underway when Australia will tour Bangladesh for a two-match Test series in June and let's see if Smith will replace Paine or not.