Back in 1967-68, India came close while chasing 395 at Brisbane. They lost by only 39 runs. ML Jaisimha, a last-minute inclusion, got off the flight hours before the Test match and scored 74 and 101. 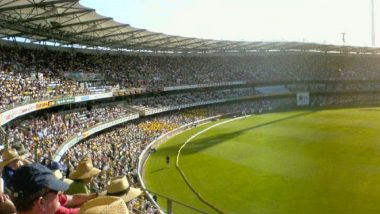 India have played six Test matches at The Gabba and lost five. Their only draw came in 2003-04 – a match when only 25 wickets fell. In 2014-15, they picked up six fourth-innings wickets when they needed to defend only 128. But years before that, it was in Brisbane that India almost pulled off their first win on Australian soil, in 1967-68. Bouncy Gabba pitch could be the right place for my secret delivery: Nathan Lyon

The stars for India were Rusi Surti (3/102, 52, 3/59, 64) and ML Jaisimha. Jaisimha was a last-minute call-up ahead of the Test. He arrived hours before the match, and had to field almost immediately. India restricted Australia to 379 before getting reduced to 9/3. They eventually scored 279 (Jaisimha 74). Why both Wriddhiman Saha and Rishabh Pant should be in the Indian playing XI for the Gabba Test

India needed 395 in the fourth innings. They lost Farokh Engineer, Ajit Wadekar, and Abid Ali by 61. Surti and Tiger Pataudi put up a partnership before both fell. India still needed another 205, but now Jaisimha added 119 runs with Chandu Borde.

India were probably the favourites when they needed 95 runs with five wickets in hand; but once Borde fell, mystery spinner John Gleeson took three quick wickets. Jaisimha kept the fight going and was last out for 101, but the last four Indian batsmen scored 2, 4, 0, and 1 not out. India lost by 39 runs,

(The above story first appeared on LatestLY on Jan 13, 2021 06:39 PM IST. For more news and updates on politics, world, sports, entertainment and lifestyle, log on to our website latestly.com).