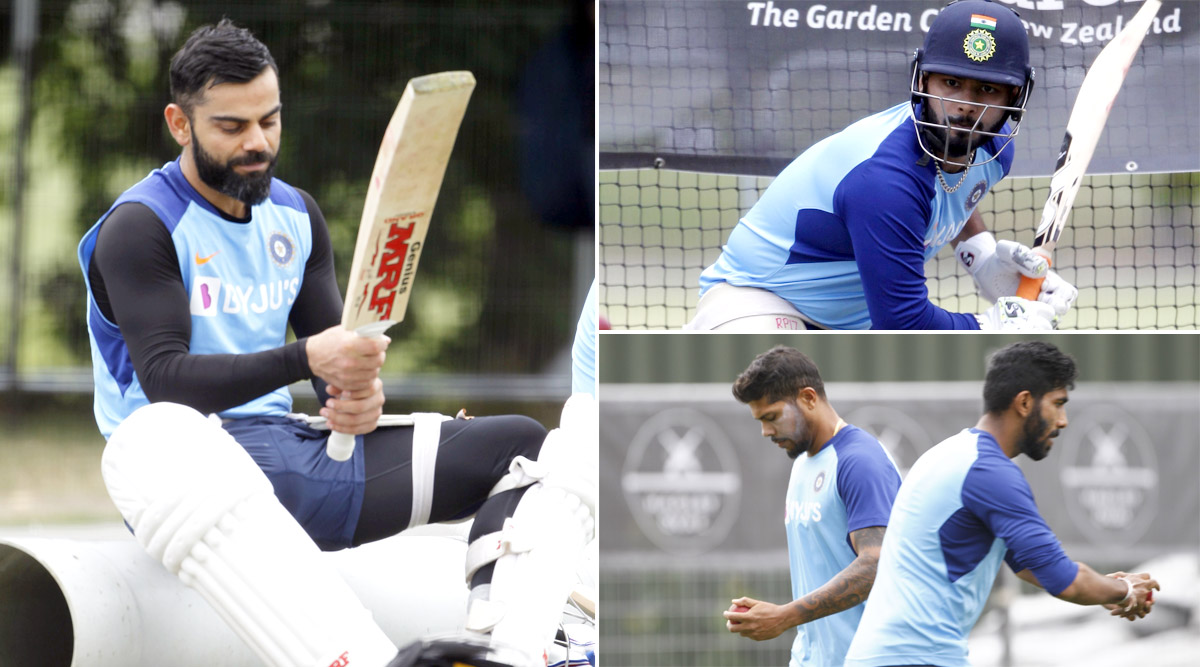 India faced a humiliating 10-wicket loss in the first Test against New Zealand and will look to level the series in the second and final match at the Hagley Oval in Christchurch, getting underway on February 29. So, the stakes are certainly high in the next game and the Indian side is certainly leaving no stones unturned in their practice sessions. The official Twitter account of BCCI shared some candid snap of Indian players during their practice session and one can certainly see their will of making a blistering bounce back. Virat Kohli Loses Number-One Spot to Steve Smith in Latest ICC Test Rankings for Batsmen.

In the pics one can see, Rishabh Pant polishing his batting skills while Jasprit Bumrah and Umesh Yadav are doing bowling practice. Photos of skipper Virat Kohli and Ravindra Jadeja were also posted during the session. The visitors were outplayed in all three departments at Wellington and hence, handed over the match to New Zealand in the opening session of Day 4. The batsmen struggled to tackle the swinging deliveries while the bowlers failed to exploit the conditions well. Nevertheless, Virat Kohli and Co are certainly doing their homework and one can expect a better performance from them in the upcoming clash.

#TeamIndia covered all bases at the training session at the Hagley Oval ahead of the 2nd and final Test against New Zealand.#NZvIND pic.twitter.com/AxIRVayQKL

Opener Prithvi Shaw, who sustained swelling in his left foot, was one of the notable absentees from the practice session and it will be interesting to see whether he can recover for the second game or not. In case, he’s not able to then, Shubman Gill will receive his maiden Test cap. Other than him, the visitors are likely to retain their playing XI from the previous game.