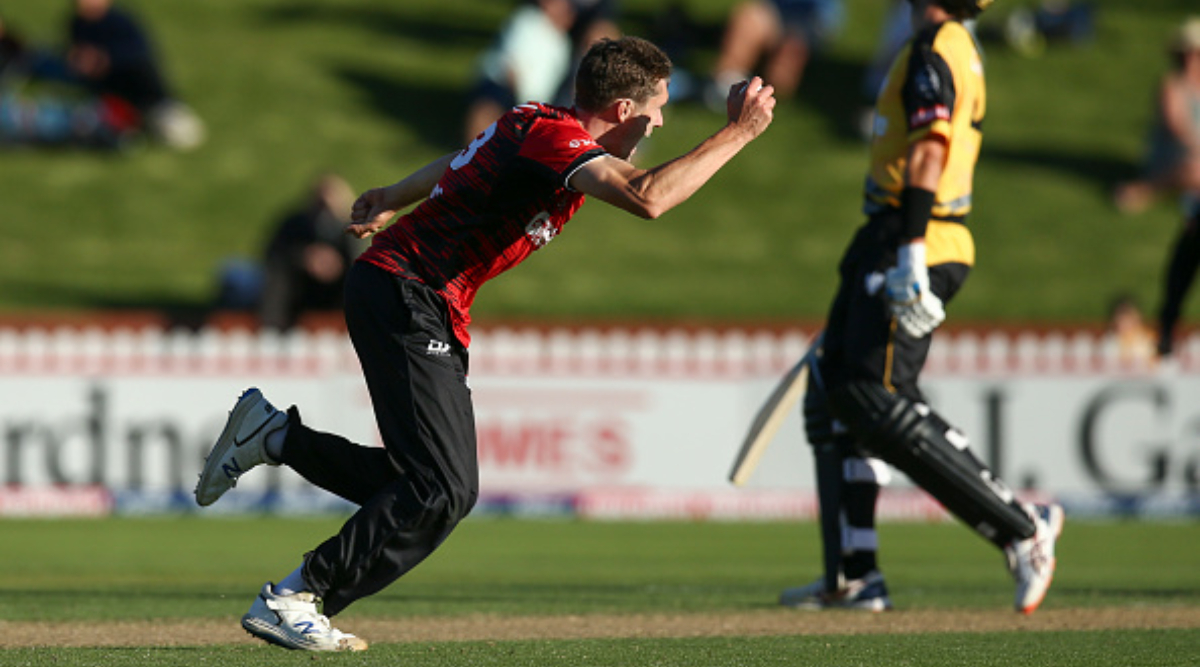 Canterbury’s right-arm medium-pacer Will Williams took a hat-trick during his team’s match against Wellington in Dream11 Super Smash 2019-2020. Williams came into the attack in the 18th over and ended up picking five wickets, including a hat-trick. Fraser Colson, Lauchie Johns and Jamie Gibson were Williams’ hat-trick victims. He then removed Peter Younghusband and Logan van Beek in the last over to scalp a five-wicket haul. Rashid Khan Hat-Trick Video: Afghanistan Spinner Records Another Incredible Feat.

This is Williams’ first five-wicket haul in the T20s. In just two overs, he ended picking 5/12 to register his best figures in T20s. The 27-year-old has played 19 T20s thus far and has picked 15 wickets, including five against Wellington.

Will Williams came on in the 18th over and took 5-12, including a hat-trick!

The @CanterburyCrick KINGS have won by 3 runs to stay in the race for a spot in the finals. 👏

A few days back, Canterbury’s batsman Leo Carter smashed six sixes in an over against Northern Districts. He became only the seventh cricketer to achieve the feat. Canterbury are placed fourth on the Dream11 Super Smash 2019-20 points table with four wins from eight matches. Wellington, on the other hand, are on top of the team standings with six wins from nine matches.