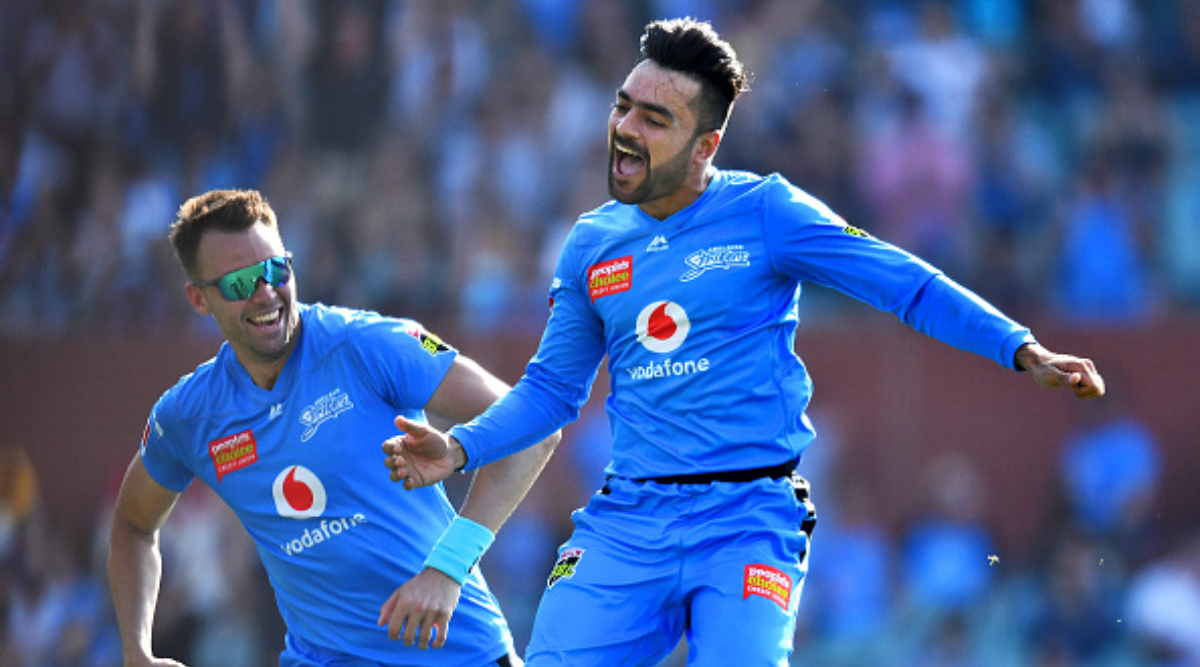 Afghanistan import in the Adelaide Strikers team Rashid Khan stunned Sydney Sixers with a hat-trick at the Adelaide Oval in the Big Bash League 2019-20 (BBL) match. This was the fifth hat-trick in the BBL’s history also the third for Afghan spinner in T20 cricket. Rashid Khan’s hat-trick spanned two overs. In the 11th over of Sydney Sixers’ innings, the spinner had Jame Vince caught behind and thten on next ball; he then trapped Jack Edwards in-front of the wickets. Live Cricket Streaming of Big Bash League 2019-20 on SonyLiv: Check Live Cricket Score, Watch Free Telecast of BBL 09 on TV and Online in India.

These two wickets came on the last two balls. On the very first ball of his next over, Khan cleaned up Jordan Silk with a googly to claim his hat-trick. Khan eventually ended with figures of 4/22 in his quota of four overs. Apart from the aforementioned three wickets, Sydney Sixers captain, Daniel Hughes was Khan’s first victim.