Barcelona in Talks With Xavi to Replace Ernesto Valverde as Manager: Reports 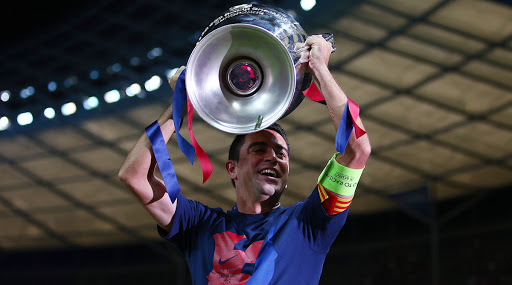 FC Barcelona are reportedly in talks with former midfielder Xavi Hernandez to replace current manager Ernesto Valverde as the head coach of the first team. After yet another exit from a major competition, the hierarchy at the Catalan club has been forced to consider a change in the managerial position and the 39-year-old appears to be the front runner. Barcelona were defeated 3-2 in their Spanish Super Cup clash by Atletico Madrid as Diego Simeone’s side scored twice in the last ten minutes of the game to hand the Catalan giants yet another embarrassing defeat in the knockout stages. FC Barcelona vs Atletico Madrid Result, Goal Video Highlights: Angel Correa Winner Sends Atleti to Supercopa De Espana 2020 Final.

According to reports by Catalan radio station RAC1, delegates from Barcelona travelled to Doha on January 10, 2020 (Friday) and had a meeting with Xavi to take over from Valverde. Xavi left the Spanish side in 2015, after spending 17 trophy-laden years at the club and joined Al-Sadd. In May 2019. The midfielder announced his retirement and since then has been coaching the club from Qatar. According to Spanish news agency AS, Barcelona have offered Xavi a contract of two-and-a-half years and are expecting him to replace the current under-fire manager. It is also reported that the former Spanish midfielder will reply to the offer after his side’s match on Saturday against Al Rayyan. Juventus Transfer News Update: Juan Miranda on Juve’s Radar, Make 15 Million Offer for Barcelona Defender.

It is believed that Barcelona have a plan B ready in case Xavi rejects the offer, either of current Barcelona B team head-coach Garcia Pimienta or former Real Betis manager Quique Setien are expected to take over the reins at the Catalan club. Other managers linked with the jobs are Thierry Henry, Roberto Martinez and Ronald Koeman.