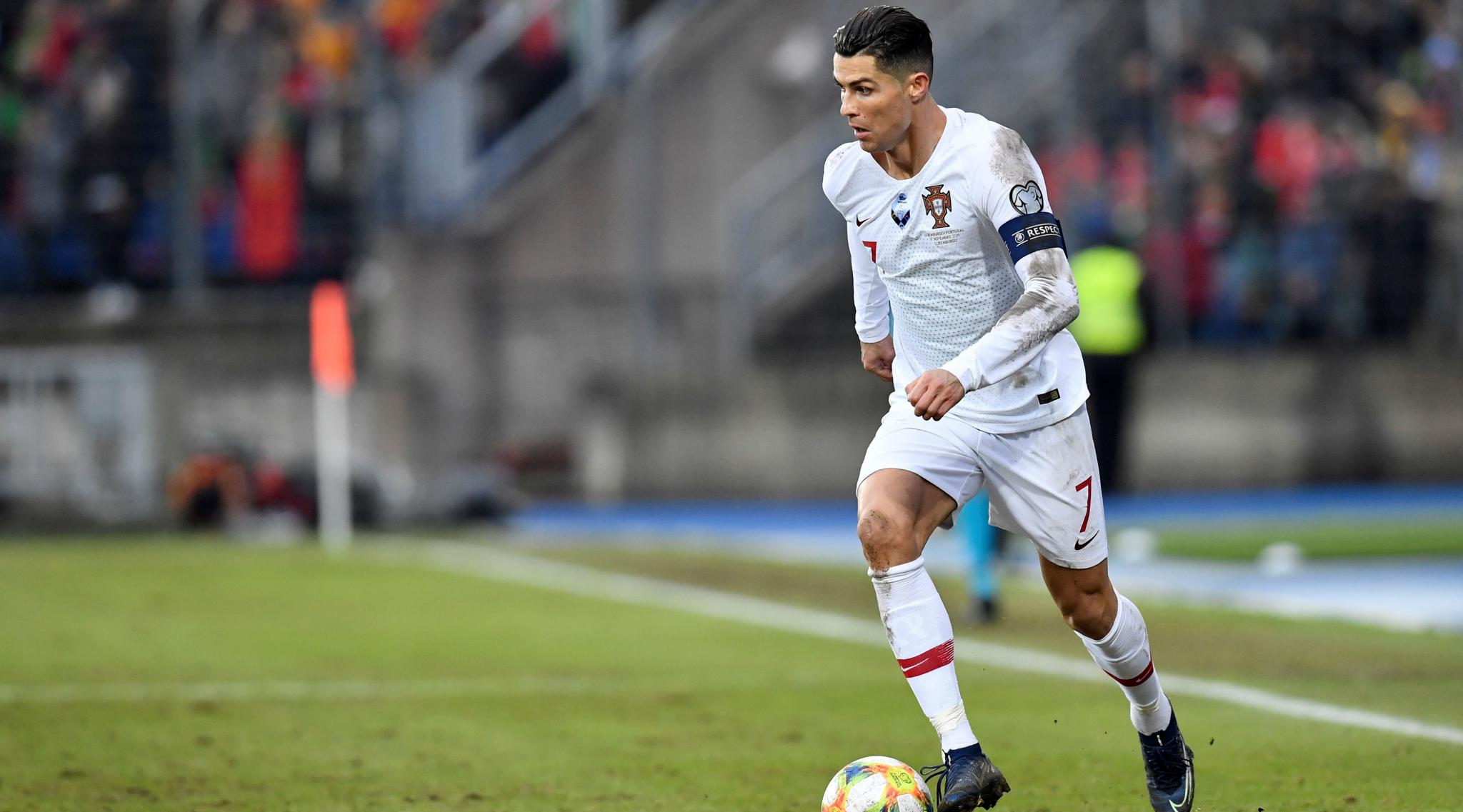 Paris, November 18: Cristiano Ronaldo scored his 99th international goal as reigning champions Portugal secured their place at the Euro 2020 finals on Sunday with a 2-0 victory away to Luxembourg, while France ended their qualifying campaign with victory. Bruno Fernandes struck the opening goal on 39 minutes before Ronaldo tapped in a scrappy second late on to clinch second place in Group B behind winners Ukraine, who drew 2-2 in Serbia. Euro 2020 Qualifiers: Harry Winks, Mason Mount Net First England Goals in Kosovo Rout.

Iranian striker Ali Daei holds the world record with 109 international goals scored in 149 appearances between 1993 and 2006. "All records must be broken and I will beat that record," said Ronaldo. Portugal became the 17th nation to qualify for next year's multi-host tournament, which kicks off in Rome on June 12, joining the likes of world champions France, Spain, Italy and England.

"We can't give the match high marks for style," said Portugal coach Fernando Santos, who admitted the heavy pitch made life challenging for his team. "I'm very happy for my players because the qualifying campaign has been more difficult than we expected. "We're through to the finals of a major tournament for an 11th straight time. You've got to believe in these players."

Portugal knew they would book their place at Euro 2020 with a win or by matching Serbia's result from their game in Belgrade. But they were made to work hard by a Luxembourg team ranked 96th in the world that notably held France to a 0-0 draw in 2018 World Cup qualifying. Sporting Lisbon midfielder Fernandes broke the deadlock before half-time, controlling Bernardo Silva's pinpoint pass expertly before lashing in from 20 yards.

Ronaldo, who smacked in a hat-trick in Thursday's 6-0 thrashing of Lithuania, moved to the brink of his international century four minutes from time.

Silva's far-post cross was forced towards goal by Diogo Jota, with Luxembourg goalkeeper Anthony Moris getting a hand to the ball before Ronaldo turned in from the goalline.

Later on Sunday, world champions France wrapped up top spot in Group H as goals from Corentin Tolisso and Antoine Griezmann sealed a 2-0 win over Albania in Tirana. "I'm very dependent on the players," French World Cup-winning coach Didier Deschamps said after his 100th game in charge. "It's a personal pride. But it's good to see what the players do together. At times, it can be a bit more difficult with changes to the players, injured players, but the spirit is there."

The French national anthem was roundly booed before kick-off as retribution for the error that saw the Andorran anthem played instead of the Albanian one when the teams met in September at the Stade de France. The visitors made a quick start on the pitch, though, as Bayern Munich midfielder Tolisso headed Griezmann's free-kick into the bottom corner.

The Barcelona star slotted in the second himself on the half-hour mark, before the dead rubber petered out in the second period, with Olivier Giroud going closest to a third by striking the post. The other games in the group saw Turkey, who had also already sealed qualification, beat Andorra 2-0, while Iceland edged to a 2-1 victory at Moldova.  Euro 2020 Qualifiers: Germany, Netherlands and Croatia Secure Qualification, Wales Stay in Fight.

England rounded off an impressive campaign with a 4-0 thrashing of Kosovo.

Goals from Harry Winks, Harry Kane, Marcus Rashford and Mason Mount ensured England finished at the Group A summit, having scored 37 goals in just eight matches. "We know there is still a bit of work to do but I can't fault the players in this campaign, they've been ruthless. We're more settled with the group now," said England manager Gareth Southgate. The Czech Republic are also through, but lost 1-0 in Bulgaria on Sunday.