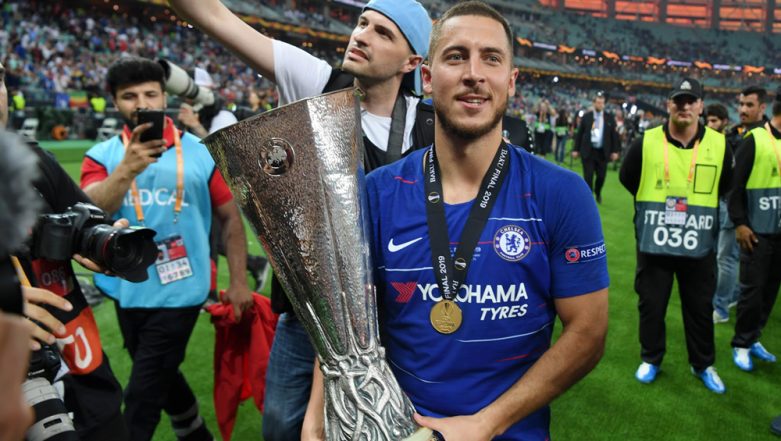 Eden Hazard who is a Belgian Professional footballer, will be now known as a former player of Chelsea Football club. Hazard will join Spanish club Real Madrid on July 1. 2019. He will be leaving Chelsea after playing seven seasons for them, in which he won six trophies and was also honoured with Association Footballer of the Year award for 2014-2015. Meanwhile, the Belgian football team skipper Eden Hazard is trending on Twitter with #ThankYouEden. Football Transfer News: Eden Hazard Completes Move to Real Madrid From Chelsea for $113 Million.

Real Madrid agreed to pay a transfer fee of approximately 100 million Euros to Chelsea FC. Hazard had already expressed during the past season that he will not be renewing his contract with the Blues, which was set to expire in June 2020. The 28 years old Eden Hazard is under contract with Los Blancos until June 30, 2024, the club said on this past Friday (June 7, 2019). Hazard scored 110 goals in 352 appearances for Chelsea, including a brace in the Blues' 4-1 victory over Arsenal in the May 29 Europa League final. Football Transfer News: Eden Hazard May Have Confirmed Chelsea Exit With His ‘Good Bye’ Comment!

You came as a boy now you leave a legend. Thank you for all the incredible memories. Always a blue💙#thankyoueden 💙 pic.twitter.com/uHkJ4una4k

'Chelsea fans will always be special to me.'

Leaving on the 7th after 7 good years to go pick up the Jersey no 7. Eden Hazard still a magician even on his transfer day 😎#ThankYouEden pic.twitter.com/lvjZZ9laJN

Eden Hazard plays as an attacking midfielder or wide midfielder and is known for his creativity, speed and excellent passing. The Belgian footballer is considered to be one of the best soccer players in the world where media and coaches compare him to Ballon d'Or winners Lionel Messi and Cristiano Ronaldo.