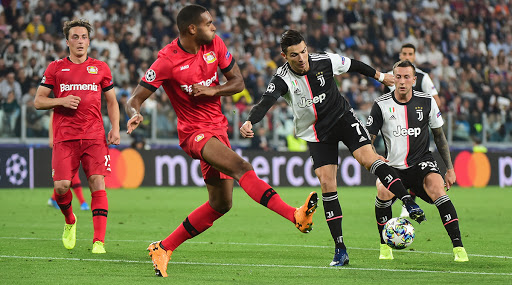 Bayer Leverkusen (LEV) will host Juventus (JUV) in a Group D encounter in UEFA Champions League (UCL) 2019-20. LEV vs JUV match will be played at the BayArena in Leverkusen on December 12, 2019 (Thursday) at 01:30 am IST. When the sides previously met on matchday 2, the record Italian champions were far superior to their German counterparts and emerged as comfortable 3-0 winners. Goals from Higuain, Bernardeschi and Ronaldo were enough for Juventus to get the win. For fans of Dream11 fantasy game, here are some tips and team suggestions so you can build a strong team for the Bayer Leverkusen vs Juventus clash in UCL 2019-20. Inter Milan 1-2 Barcelona, UCL 2019-20 Result: Ansu Fati Makes History as Italians Crash Out of Champions League.

The Italian side have already secured their passage in the round of 16 while Leverkusen need a win in this match to have any chance of making it into the knockout phases. The Italian side have a few injury concerns as Douglas Costa, Sami Khedira, Mario Mandzukic and Emre Can are all set to miss this encounter. This gives a chance to Sarri to try out some fringe players. Leverkusen, on the other hand, don’t have most of their player available for this match and manager Peter Bosz can place a full-strength squad. Lucas Alario and Kevin Volland need to be on top form in this match for the Germans to pull off an unlikely upset. Ansu Fati Becomes Youngest Goal-Scorer in Champions League History During Inter Milan vs Barcelona Clash.

Bayer Leverkusen vs Juventus, ISL 2019, Dream11 Team Prediction: Goalkeeper – Wojciech Szczesny (JUV) should be your first choice as the keeper of your team.

Bayer Leverkusen vs Juventus, ISL 2019, Dream11 Team Prediction: Midfielders – Leon Bailey (LEV) has been in great form in recent matches and should be selected your vice-captain. The other players in your midfield should be Kai Hvertz (LEV) and Miralem Pjanic (JUV).

Bayer Leverkusen vs Juventus, ISL 2019, Dream11 Team Prediction: Forwards – Paulo Dybala (JUV) is the main threat from the Italian side and should be your captain. The remaining slots in your team should be filled by Lucas Alario (LEV) and Kevin Volland (LEV).

Juventus will start the match as favourites and are expected to come away with all three points. Leverkusen know that they need a win to have any opportunity of making it into the round of 16 if the other results go their way.