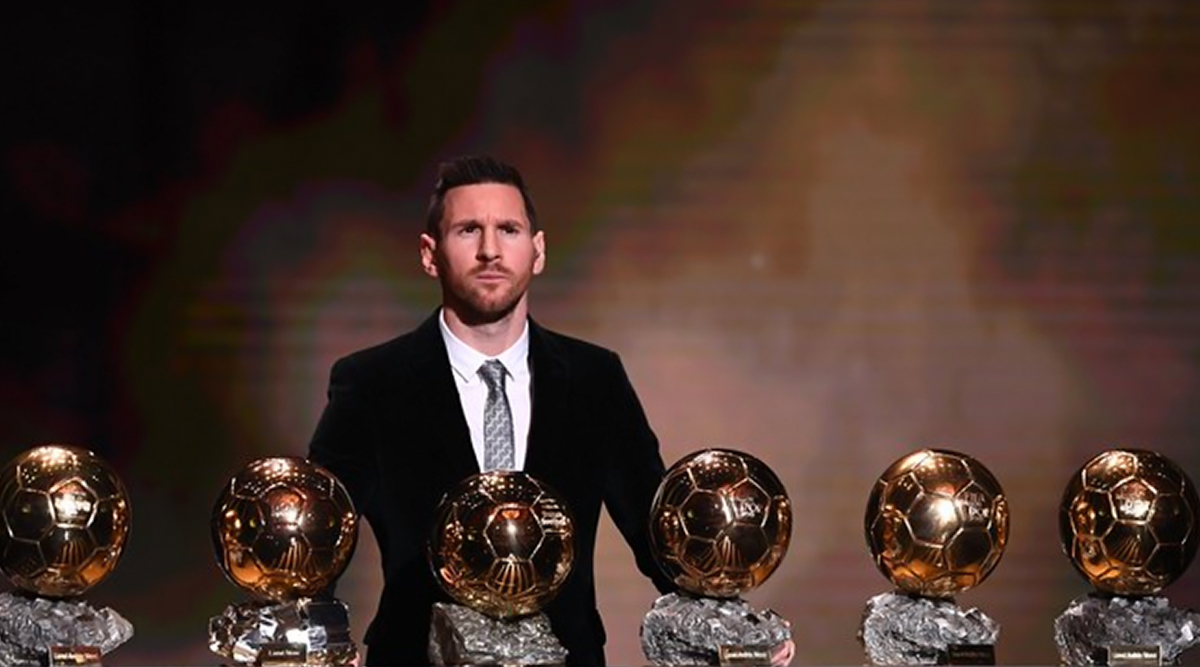 Kolkata, December 13: Hailing Lionel Messi as one of the five 'kings' in the history of world football, former Argentina striker Hernan Crespo on Friday said that the six-time Ballon d'Or winner does not need to win a World Cup to be touted as the best of his generation. "He doesn't need it. I think in the whole history there are five kings. Pele, Alfredo Stefano Di Stefano, Johan Cruyff, Diego Maradona and the last one is Messi," Crespo told IANS in an exclusive interview.

The 44-year old is Argentina's fourth highest goalscorer behind only Sergio Aguero, Gabriel Batistuta and Messi. He is in the city as the international brand ambassador of Tata Steel Kolkata 25K slated to take place on Sunday. Crespo said the entire nation dreams of witnessing Messi lift the World Cup for Argentina in the 2022 World Cup in Qatar, adding the team has a great chance of winning the 2020 Copa America to be hosted jointly by Argentina and Colombia. Lionel Messi’s Son Mateo Storms the Internet With His Football Skills (Watch Video).

"I hope (he lifts a World Cup). We have to qualify. It won't be easy. He comes again and tries to lift the World Cup, it's his dream, it's our dream," Crespo said. "The first step will be the Copa America which we host in Argentina and Colombia. We have a great chance to lift Copa America." Messi is yet to win a World Cup for his nation after four failed attempts. The star FC Barcelona forward recently won a record sixth Ballon d'Or, his first since 2015 after scoring 54 times for club and country in 2018-19, in which Barca won LaLiga.

Crespo, who has played alongside Messi, netting 35 times for Argentina, said he is not too fond of the Ballon d'Or award as it is a "personal" one as opposed to football which is a team sport.

"I grew without having a thing about the Ballon d'Or. When I was young, Ballon d'Or was also given to the European players. I didn't grow with this ambition. I think it's a personal trophy and football is a team game. I am not saying it's not important, it is very important. But for me, it's not important, in a way not more than the sport," said Crespo who has turned out for teams like Chelsea in the English Premier League, Inter and AC Milan and Parma.

Quizzed which player he would like to play with now if given a chance, Crespo said it will be Messi. "I would like to play alongside Messi. Maybe in the national team again. I never played in Spain. To play for Real Madrid or Barcelona would be great. I played in Premier League with Chelsea and in Italy with lot of teams. I choose Barcelona for Messi now. If he leaves, it's finished," he said.

Rating Messi higher than Portuguese star Cristiano Ronaldo, Crespo said the two cannot be matched once they decide to call it a day. "In their level, no one (will match them) or will be difficult. We have to wait. The numbers they have are so high."

On Argentine strikers, Crespo said Diego Maradona is "from another planet" while Messi is "special". "We have had some great strikers. Mario Kempes, Batistuta. I don't want to forget Messi, (Gonzalo) Higuain, (Sergio) Aguero. They deserve to be part of greatest of ours strikers. Diego (Maradona) is from another planet.

"I prefer Messi than Batistuta but Batistuta is the best striker ever in Argentina. I think Messi is something special. He is different." Crespo also backed the controversial video assistant referee (VAR), saying mistakes will always be there. "Yes, it is good for football. If you think about no more mistakes, no. Mistakes are always there. But I support VAR."

Napoli recently sacked Carlo Ancelotti as their manager and replaced him with Gennaro Gattuso. Crespo, who began his career in Italy under Ancelotti at Parma, said he has huge respect for the Italian who taught him a lot. "I learnt so much with him. He was my first coach in Italy. He taught me how to be a professional in Italy. I always listened to him," Crespo said, adding the toughest defender he ever faced was Franco Baresi.

"I came to Italy when I was young and I played against Baresi, the toughest defender I have ever faced. I woke up in the morning in Argentina to watch the matches. I remember Baresi and playing against him made me enriched," he said.