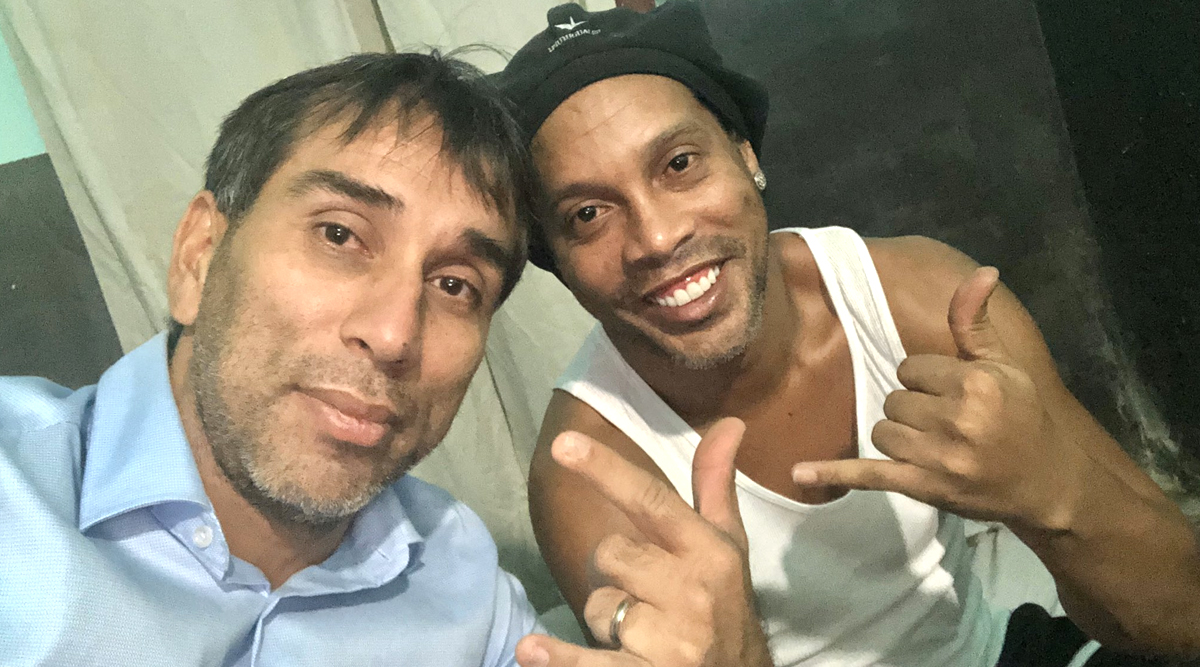 Brazil legend Ronaldinho was recently arrested in Paraguay along with his brother over fake passport claims and is spending time in prison. Former River Plate striker Nelson Cuevas visited the 39-year-old in prison and admitted that the footballer is sad because of his current situation and hopes that the former Barcelona man can get out soon along with his brother Roberto de Assis. Ronaldinho is located in a special prison and Cuevas admitted that his condition is comfortable compared to other inmates. Ronaldinho Scores Multiple Goals During Paraguayan Prison Tournament (Watch Video).

After his recent visit of Ronaldinho, Cuevas told Argentine publication Infobae ‘He is sad. Hopefully, he can get out soon. He is just sad because of the situation. His lawyers are handling the rest. I hope he can get out of there soon.’ Ronaldinho in Jail Poses for Pictures and Smiles As He Gets Used to Life in Paraguayan Prison after Arrest over Possessing Fake Passport.

Ronaldinho and his brother are located in a specialized unit which the Paraguayan minister of interior Euclides Acevedo compared more to a hotel experience rather than a prison. ‘In comparison to other penitentiaries, yes, But it's not what he's used to. The place is big and he was able to play football too. He is with his brother in a room with two beds.’ Cuevas added.

On Saturday, Ronaldinho was involved in a futsal tournament hosted by the prison and completely ran the show. The former Brazil international scored five and assisted six goals in his sides 11-2 victory.