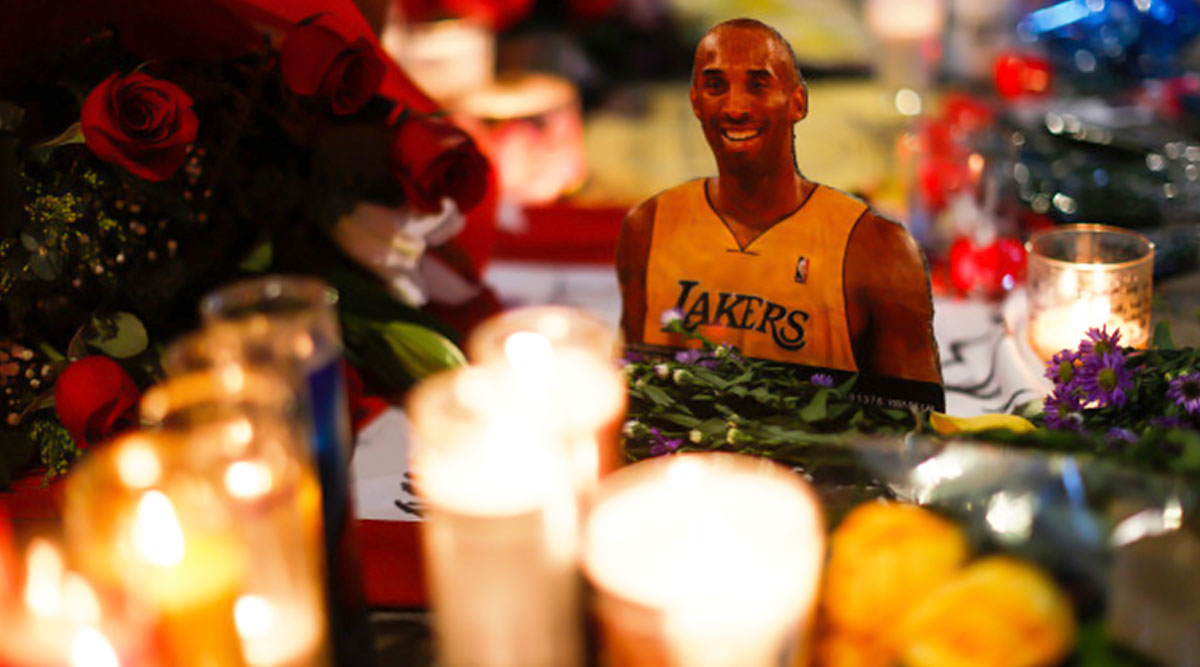 Fans, friends, family and many players from the NBA past and present will pay their final respects to late basketball legend Kobe Bryant and his 13-year-old daughter Gianna Bryant at a public funeral service on February 24, 2020 (Monday). The funeral service, also known as the “A Celebration Of Life Kobe & Gianna Bryant”, will be held at the Staples Centre in Los Angeles. Basketball icon and Los Angeles Lakers legend Kobe Bryant passed away in a frightful helicopter crash on January 26, 2020. He was on-board with his daughter Gianna and seven other when the private helicopter crashed along the Casaba hills in New York. Meanwhile, fans searching for the live telecast, online streaming and every other detail regarding the Kobe Bryant funeral service, can scroll down for all information. NBA All-Star Game MVP Award Named After Kobe Bryant.

The funeral service to celebrate the basketball legend’s life and career will be staged at the Los Angeles Staples centre, which is also known as the house that Kobe Built. The house also serves as the home court of the Lakers with whom Kobe played for 20 years and won five championship titles while also becoming an 18 All-Star once. The date for the public service memorial was chosen by Kobe’s wife Vanessa Bryant, who decided the date as it matches with many personal occurrences of her family’s past.

Kobe wore the jersey no 24 during his latter years with the Lakers while his daughter Gianna, who aspired to play in the WNBA, wore the jersey no 2. The year 2020 also symbolises Kobe’s 20 years with the Lakers as well as Kobe-Vanessa’s time span as a couple. As many as 20,000 fans are expected to fill the arena for the late Basketball’s public funeral.

Kobe Bryant and Gianna Bryant Public Memorial Service will be held at the Staples Centre in Los Angeles. The memorial service is slated to be held on February 24, 2020 (Monday) and is slated to start at 11:30 pm IST. The local start time is 1 p.m. ET.

Unfortunately, fans in India cannot watch the live telecast of Kobe Bryant and Gianna Bryant’s public Memorial service as there are no official broadcasters available in India. Worldwide ABC, ESPN and NBA TV will be live telecasting the public funeral service.

Where to Get Free Live Streaming Online of Kobe and Gianna Bryant Public Memorial Service?