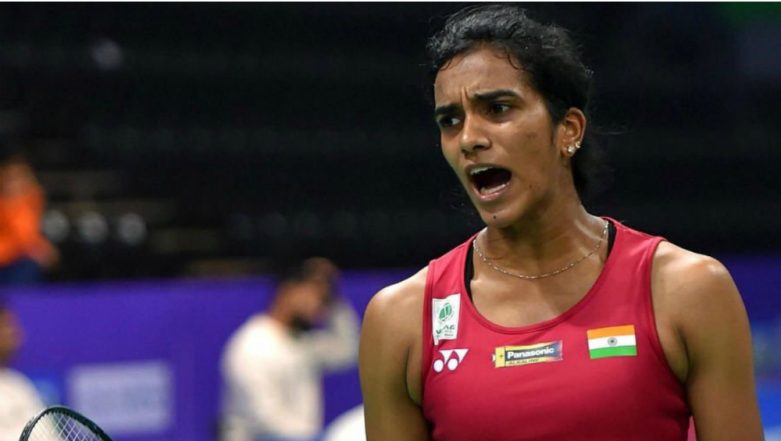 India's ace singles shuttler PV Sindhu claims first silver medal in Asian Games at the ongoing 18th edition of multi-sports tournament. The 23-year-old lost the women's singles final to Tai Tzu Ying of Chinese Taipei in straight games 13-21, 16-21 on Tuesday. Nevertheless, Forbes' seventh-highest-paid female athlete Sindhu's gold medal match appearance at Asian Games 2018 brings the historic first Asiad silver medal by a female Indian badminton player. This is another big achievement for Rio Olympics silver-medallist PV Sindhu this year, her fifth final appearance including Gold Coast 2018 Commonwealth Games and BWF World Championships. As the Hyderabadi star scripts history, we have made a compilation of five achievements of PV Sindhu has been her defining moment so far and at 23, the list is only going to get longer. PV Sindhu Settles for Badminton Silver Medal in Asian Games 2018 After Losing to Tai Tzu Ying 13-21, 16-21.

2016 Rio Olympics Silver: At the tender age of 19, PV Sindhu became India’s youngest and first female athlete to win a silver medal at the Olympics. Her straight set demolition of Japanese Nozomi Okura in the semi-final made sure she finished on the podium. Although Carolina Marin was too good on the day of the finals, Sindhu’s fairytale had just begun on the world stage.

2017 India Open: PV Sindhu finally got the better of Carolina Marin, her arch nemesis at the 2017 Indian Open Super Series in straight sets to lay her hands on a second Super Series title. Marin who had caused her endless troubles in the previous encounters went down in straight sets 19-21, 16-21 in New Delhi. A year earlier, she had also won the China Open Super Series. PV Sindhu Settles for 2018 BWF World Championships Silver: Defeat Against Carolina Marin in China Is Her Fourth Straight Loss in Finals This Year!

World’s 7th highest earning athlete: With good performances on the pitch come to its monetary benefits off it. Forbes Magazine in its report published PV Sindhu had an earning of around 8.5 million dollars of which about 90 per cent came as part of endorsements. It also ranked her at the seventh position in terms of earning for female athletes which were headed by Serena Williams.

These stats give a glimpse of PV Sindhu’ journey from uncharted territories to becoming a global star. With her stars shining, India has been at the receiving end of so many titles and medals, and we hope this journey continues in the coming years.