Battlegrounds Mobile India's new update will be released today and it will come packed with a host of new features and improvements. Gamers will get their hands on new weapons including MG3 LMG, M249 LMG and more. 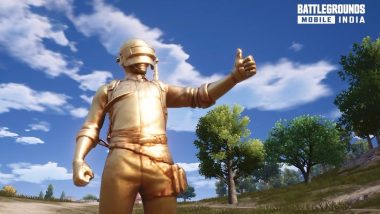 Battlegrounds Mobile India's new update will be released today and it will come packed with a host of new features and improvements. Krafton has also released a new video on the official BGMI YouTube channel revealing the changes that BGMI players will witness after the update. The BGMI 1.5 update will go live today at 7:30 pm IST and players can head over to the Google Play Store to upgrade to the latest version of the game. Krafton Partners With Elon Musk’s Tesla, Battlegrounds Mobile India Players Will Be Able To Drive Model Y in the Game.

As per the BGMI July update patch notes preview, gamers will get their hands on new weapons. These new weapons will include MG3 LMG (Light Machine Gun) that will come equipped with a scope, two-rate-of-fire modes, the option to choose between 660rpm and 990 and 7.62mm ammo. 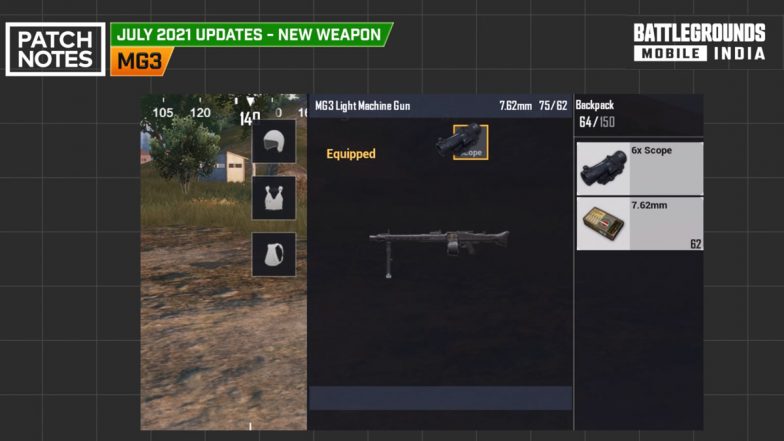 Other weapons are a new ASM Abakan with 5.56mm ammo and M249 LMG which will be available for free in the game. BGMI players will also get a new G-38 Gravity Free motorcycle that can carry two riders. 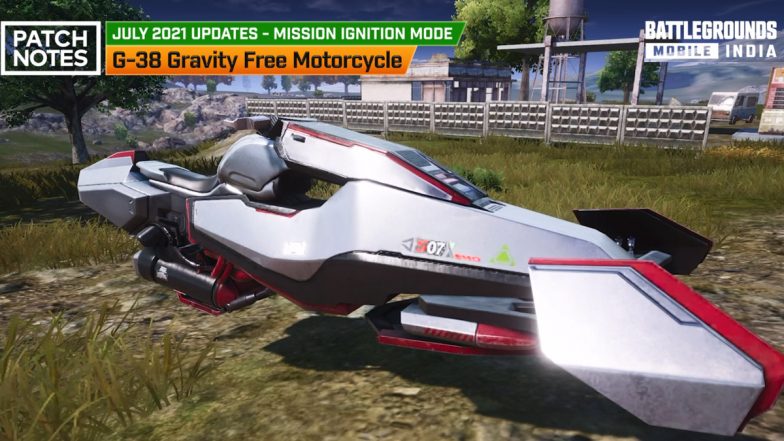 The update will also bring a new gameplay mode called 'Ignition Mode'. The limited mode will be seen in the Erangel map with 6 new high-tech locations. Players will also be able to find the Tesla super factory on the map. Small cities like Pochinki and Rozhok will be witnessed by gamers. 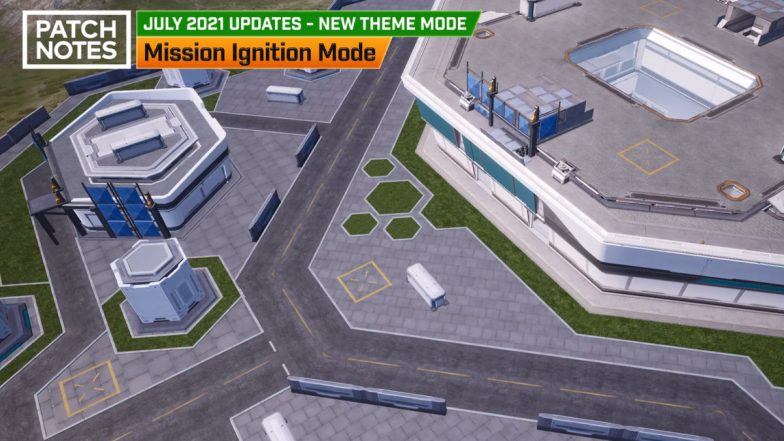 As far as the Royal Pass Cycle is concerned, it will be reportedly changed each month following the season 20 update which is confirmed for tomorrow. Moreover, the new update will also bring two new tiers- Ace Master and Ace Dominator. In addition to this, Krafton will also make a few changes to graphics which will include a new 90fps framerate that will be supported by compatible devices. There will also be a low graphic setting designed for low-end smartphones.

(The above story first appeared on LatestLY on Jul 13, 2021 06:30 PM IST. For more news and updates on politics, world, sports, entertainment and lifestyle, log on to our website latestly.com).