Garena Free Fire Emerges As the Most Downloaded Mobile Game for February 2022: Report

Garena Free Fire from Garena emerged as the most downloaded mobile game worldwide for February 2022 with 21.8 million installs, which represented a 22.7 per cent increase from February 2021. 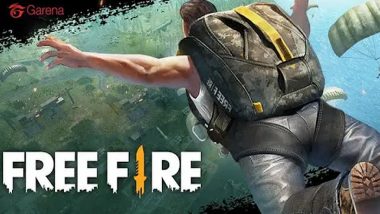 New Delhi: Garena Free Fire from Garena emerged as the most downloaded mobile game worldwide for February 2022 with 21.8 million installs, which represented a 22.7 per cent increase from February 2021. The countries with the most installs of the app during this period were India at approximately 41 per cent of its total downloads and Brazil at 9.4 per cent, reports Sensor Tower. Garena Free Fire Emerged As Most Downloaded Mobile Game Worldwide for October 2021.

Subway Surfers from Sybo Games was the second most installed mobile game worldwide last month with 19.5 million installs, which represented a 45.3 per cent increase from February 2021. The countries with the largest number of Subway Surfers installs were India at 18.8 per cent, followed by Brazil at approximately 7.8 per cent.

Merge Master, also known as Merge & Fight, from Homa Games, Candy Crush Saga from King, and Roblox from Roblox Corporation rounded out the top five most installed mobile games worldwide for the month. The global mobile games market generated 4.4 billion downloads across the App Store and Google Play in February 2022, marking an increase of 0.7 per cent year-over-year. The number one market for global game downloads was India, which accumulated close to 670 million installs, or approximately 15 per cent of total worldwide downloads. The US ranked number two for downloads at 8.7 per cent, followed by Brazil at 7.8 per cent.

Wordle from Goldfinch Studios, which has no relationship to the hit web title of the same name that was purchased by The New York Times, had its best month yet for downloads in February. It accumulated 6.7 million downloads, a rise of approximately 171 per cent from January 2022.

The title was first released in 2016, and up until the end of 2021, had only accumulated 31,800 installs worldwide. During the first two months of 2022, the game racked up more than 9 million downloads off the back of the success of the viral Wordle web game, developed by Josh Wardle.

Clash of Clans from Supercell, meanwhile, had its best month since June 2019, picking up 6 million installs in February, a rise of approximately 48 per cent Y/Y. A boost in downloads coincided with a new update to the title that featured various quality of life improvements, as well as the new 'Extra Life for Heroes' feature, which enables players to return a Hero to battle without waiting for them to heal.

(The above story first appeared on LatestLY on Mar 29, 2022 10:41 AM IST. For more news and updates on politics, world, sports, entertainment and lifestyle, log on to our website latestly.com).