Garena Free Fire from Garena emerged as most downloaded mobile game worldwide for October 2021 with approximately 34 million installs, which represented a 72 per cent increase from October 2020. 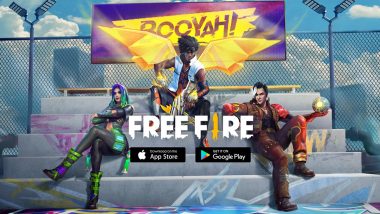 San Francisco: Garena Free Fire from Garena emerged as most downloaded mobile game worldwide for October 2021 with approximately 34 million installs, which represented a 72 per cent increase from October 2020. The countries with the most installs of the app during this period were India at about 30 per cent of its total downloads and Brazil at more than 12 per cent, reports Sensor Tower. Garena Free Fire Max Released in India; Check System Requirements, File Size & How To Download.

The full top 10 ranking of mobile games worldwide by downloads for October 2021 is above. Game download estimates are from Sensor Tower's Store Intelligence platform. Candy Challenge 3D from Idil Morgul was the second most installed mobile game worldwide last month with close to 19 million installs. The countries with the largest number of Candy Challenge installs were the US at 12.2 per cent, followed by Brazil at 9.3 per cent.

Roblox from Roblox Corporation, Cookie Carver from Azur, and Subway Surfers from Sybo Games rounded out the top five most installed mobile games worldwide for the month.

The global mobile games market generated 4.5 billion downloads across the App Store and Google Play in October 2021, marking a rise of 1.3 per cent year-over-year. The number one market for global game downloads was India, which accumulated 762.6 million installs, or 16.8 per cent of total worldwide downloads. The US ranked number two for downloads at 8.6 per cent, followed by Brazil at 8.3 per cent.

(The above story first appeared on LatestLY on Nov 15, 2021 09:22 AM IST. For more news and updates on politics, world, sports, entertainment and lifestyle, log on to our website latestly.com).