Nothing, the London-based tech giant, launched the Phone (1) smartphone in July, 2022. A month later, the company increased the price of the handset by Rs 1,000 across all variants. 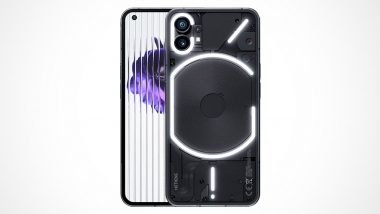 Though the company has announced the price hike, Flipkart still shows the old price. We expect the price tag to be changed soon. According to a report, Nothing says the increase in the price of the handset is due to fluctuation in the currency exchange rates.

(The above story first appeared on LatestLY on Aug 18, 2022 03:56 PM IST. For more news and updates on politics, world, sports, entertainment and lifestyle, log on to our website latestly.com).