Oppo Reno 3 Pro Smartphone With 44MP Dual Punch-Hole Selfie Camera To Be Launched in India on March 2; Teased on Flipkart 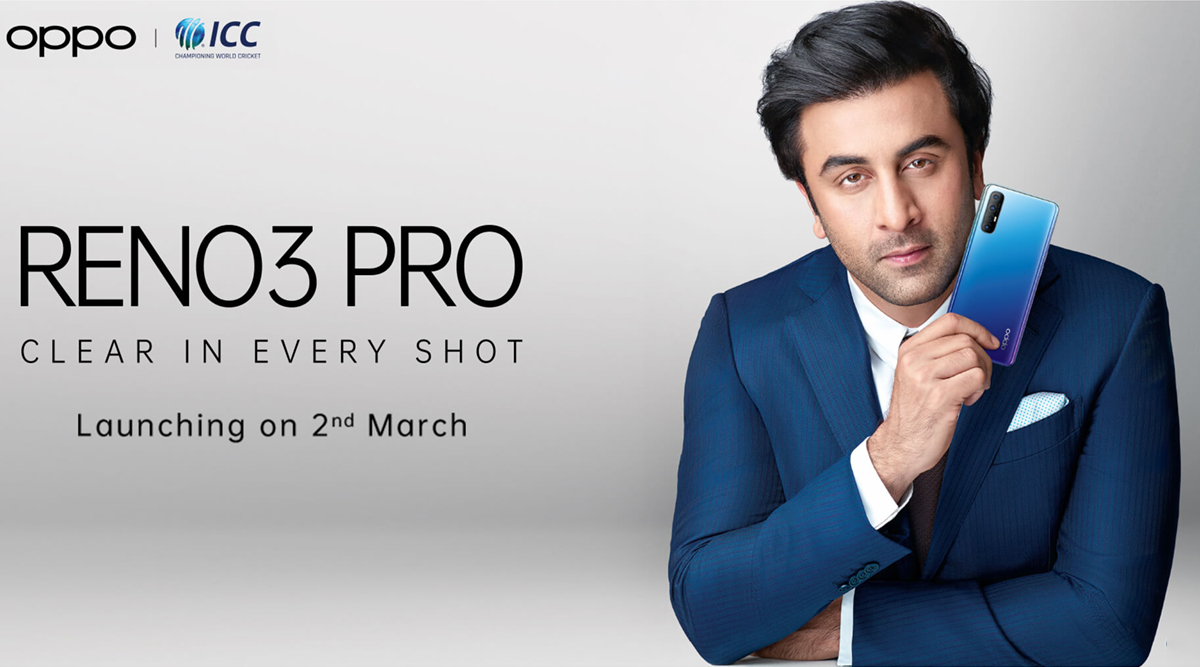 Oppo India is all set to launch the new Oppo Reno 3 Pro smartphone in the Indian market next month. The smartphone has been listed on Flipkart revealing the launch date. According to the listing, the handset will be launched in India on March 2. The product page of Flipkart also reveals that the upcoming Oppo Reno 3 Pro will be world's first smartphone to feature a 44MP dual punch-hole selfie camera. However, the listed page does not reveal any detail about the phone, expect the fact that there will be a dual punch-hole camera upfront. Oppo Reno 3 Pro 5G Smartphone To Feature Curved Edge Display With 90Hz Refresh Rate.

Previously, there were leaks claiming that the Oppo Reno 3 Pro will carry a 44MP + 2MP front camera module. Also, the poster image of the phone doesn't specify any curved display as we can see a flat display at the front. The India-spec variant of Oppo Reno 3 Pro is likely to be powered by a Qualcomm Snapdragon 730G chipset as the fact that the phone will be a 4G version. Though the Chinese version of the smartphone comes powered by Snapdragon 765G chipset, which is 5G enabled, it won't be coming to India for obvious reasons. Oppo Reno 3 Pro May Be Launched in India Next Month; Expected Price, Features, Variants & Specs.

Qualcomm's Snapdragon 730G is likely to be paired with 8GB or 12GB of RAM and 128GB or 256GB of internal storage. As of now, there are not much details available about the upcoming Reno 3 Pro smartphone. And, the company has been very secretive about the handset. As we now already know the launch date, more details are expected to be revealed soon.