Ransomware Attack in India: Small Businesses at Highest Risk of Cyberattack in the Country, Says Report 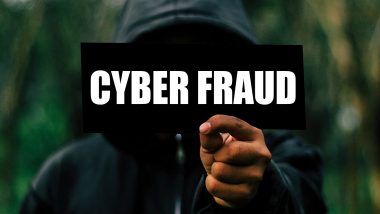 New Delhi, September 28: India is currently 10th in the world on ransomware attacks and small businesses (up to 500 employees) are at the highest risk, accounting for more than half of all attacks (54.7 per cent), a new report showed on Wednesday.

In India, tech/IT is the top industry hit by ransomware (23.40 per cent of all attacks), followed by the manufacturing industry (10.90 per cent), according to cyber-security firm NordLocker. LockBit and Ragnar Locker were the most active ransomware gangs in India, responsible for 13 per cent and 7.80 per cent of attacks in the January 2020-July 2022 period, respectively.

"Nearly 17 per cent of ransomware attacks in India attack businesses that have over Rs 80 billion in annual revenue. However, most often, ransomware in India targets companies with annual revenue between Rs 8-40 billion (41.5 per cent)," the findings showed.

Companies with an employee count of between 201-500 are the victims of 22.60 per cent of attacks, and those with between 1,001-5,000 employees are victims of 17 per cent of ransomware hacks in the country. GTA 6 Leak: UK Police Nab Alleged 17-Year-Old Grand Theft Auto VI Footage Leaker.

"This type of attack is extremely effective. In the past few years, cases have grown exponentially, while cybersecurity awareness has failed to catch up,"A said Tomas Smalakys, NordLocker CTO.

With a collective revenue of Rs 330.9 trillion, the companies under investigation produce more value than Germany's entire GDP. Consumer services, finance and energy industries are the other most affected by ransomware in India.

"Small businesses are top targets for ransomware gangs because, for them, cybersecurity is often an afterthought. Smaller companies justifiably prioritise growing their operation, leaving cybersecurity on the sidelines," said Smalakys.

(The above story first appeared on LatestLY on Sep 28, 2022 12:57 PM IST. For more news and updates on politics, world, sports, entertainment and lifestyle, log on to our website latestly.com).