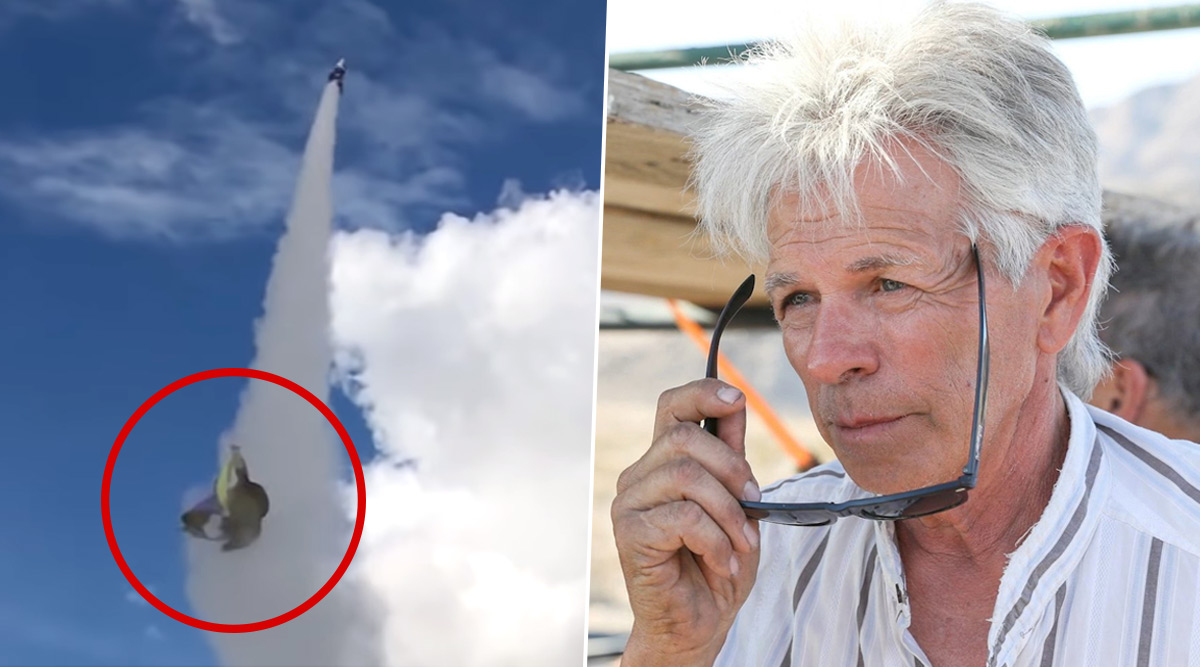 Science has progressed way beyond with discoveries being made into other planets in the universe, but some theorists are still adamant about the shape of the earth. And one man's pursuit to prove the same point has proved fatal. Famous daredevil Mike Hughes, also billed as "Mad" Mike Hughes has lost his life after he was unsuccessful in launching his self-made rocket. Hughes crash-landed after his parachute failed to open after he launched himself 5,000 feet into the air on a steam-powered rocket on Saturday. A video of his crashing to the ground in a desert near California has been shared online.

The 64-year-old belonged to the group who believed in "the earth is flat." And he wanted to prove this point by going to space. But that is not as easy, because there needs to be proper equipment and gear to make a journey into space. About three years ago, he had announced of making his steam-powered rocket. He had successfully launched it in the year 2018, but his second attempt wasn't successful. He aimed higher this time from a location near Barstow. The Science Channel was filming the launch of his effort for their future documentary series "Homemade Astronauts." They confirmed his death to Space.com. ‘Checkmate Flat-Earth Society’: Man Shuts the Conspiracy of Earth Being Flat, Shares a Selfie from Mount Everest (View Pic).

The video shows a parachute trailing behind the rocket, seconds after take-off. He was seen falling through the air, and no backup parachutes launched too. As some reports put it, through this mission of his, he wanted to reach as close as he could to space and look down upon the Earth himself to see if there's a curve.