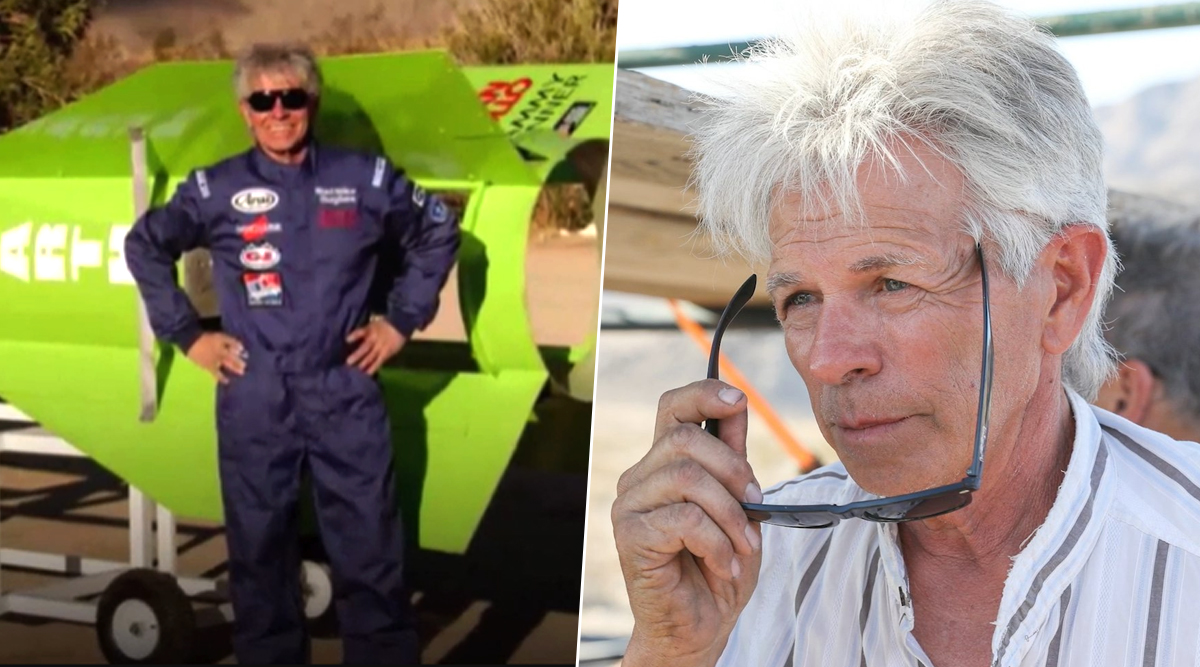 California, February 23: A US daredevil pilot, 'Mad' Mike Hughes died during an attempt to launch his homemade rocket Saturday. He was 61. Mike Hughes was known for his belief that the Earth was flat. He had avoided serious injuries during a similar incident in the Californian desert. The attempted launch of Hughes's homemade rocket was recorded as part of a shoot for Homemade Astronauts, a new TV series about amateur rocket makers to be aired on the US Science Channel. Spacewalking Astronauts Add Parking Spot to Space Station.

"Michael 'Mad Mike' Hughes tragically passed away today during an attempt to launch his homemade rocket. Our thoughts & prayers go out to his family & friends during this difficult time," the channel tweeted. According to the Discovery Channel website, Hughes and Waldo Stakes built a steam-powered rocket with the intent of launching Hughes 5,000 feet into the air. In 2018, Hughes's steam-powered rocket travelled 1,857 ft into the air before it crash-landed.

In the old video, a parachute can be seen trailing behind the rocket which landed with a bump shortly after take-off. The daredevil pilot did hurt his back in the mishap. Speaking afterwards, Hughes had said: "Am I glad I did it? Yeah, I guess. I'll feel it in the morning. I won't be able to get out of bed. At least I can go home and have dinner and see my cats tonight."

In 2002, Hughes set a Guinness World Record for the longest limousine jump - over 31 metres (103 ft) in a Lincoln Town Car stretched limo. Darren Shuster, a former representative for Hughes, described the daredevil as "one-of-a-kind". "When God made Mike he broke the mould. The man was the real deal and lived to push the edge. He wouldn't have gone out any other way! RIP" he told the TMZ.