The coveted Nobel prize was conferred upon him in 1962, for the groundbreaking research into the behaviour liquid helium when subjected to extremely low temperatures. 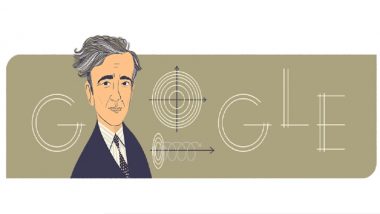 Soviet era physicist Lev Landau has been honoured by search engine giant Google on his 111th birth anniversary. The scientific community across the world would pay their reverence today to Landau, who is credited for his work on an array of concepts in the in the quantum theory. The coveted Nobel prize was conferred upon him in 1962, for the groundbreaking research into the behaviour liquid helium when subjected to extremely low temperatures.

The second most prominent research undertaken by Ladau is his monumental 'Course of Theoretical Physics', which awarded him with the most prestigious honour in Soviet Russia -- the Lenin Science Prize in  1946. The research paper, running into ten volumes, was co-written by Landau along with his student Evgeny Lifshitz. Nobel Prize 2018 For Physics Winner: Arthur Ashkin, Gerard Mourou & Donna Strickland Awarded Honour For Laser Inventions.

Among other credible research works for which the scientific community credits the Soviet icon, include Landau Levels, Landau Diamagnetism, Landau Damping and the Landau Energy Spectrum.

After his death, Russia honoured his contributions by naming a moon crater after him at the Landau Institute for Theoretical Physics in Moscow.

Landau was recalled by his peers and oldest among the friends as a "quiet and shy" person from a young age. In his school days, he excelled academically, particularly in math and science. At the mere age of 18, he drew fame in the then scientific circles with his first publication, titled the Theory of the Spectra of Diatomic Molecules.

Landau was elected to USSR's Academy of Sciences, the top scientific body of Soviet Union, in 1946. He was the tallest scientist in the elite grouping, who was born in Azerbaijan. Landau continued to contribute to the research in the realm of physics till 1968 -- when he passed away due to complications of injuries he sustained in a car accident.

(The above story first appeared on LatestLY on Jan 22, 2019 12:22 AM IST. For more news and updates on politics, world, sports, entertainment and lifestyle, log on to our website latestly.com).