Scientists Discover Species of Female Lice Which Grow Penises and Have Sex Marathon With Males For Survival! 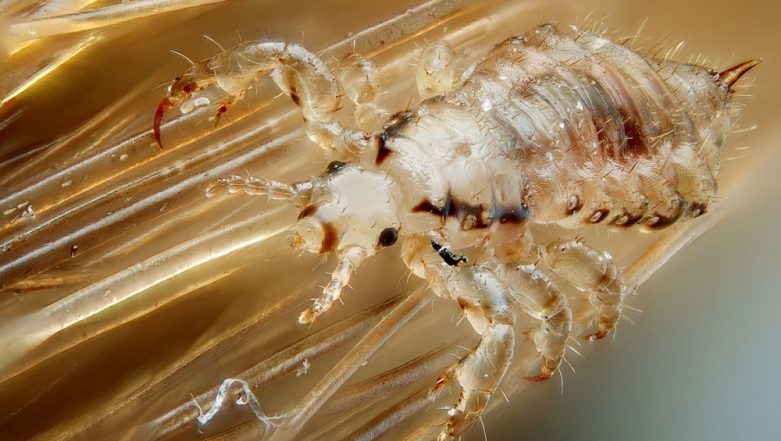 In a major gender reversal of anatomy, scientists have discovered that female bark lice have a male sex organ. Scientists are dubbing it as a penis-growing race of the lice. According to the latest findings of the study published in the Biology Letters, female breeds of lice from two different continents have evolved male sex organs. These female lice have long insertable organs and they are sex-hungry for survival. Critter: This 520-Million-Year-Old 'Naked' Clawless Creature Always Lived in Hiding (Watch Video).

These female lice are found in South America and South Africa and usually found in caves. Inside the caves, the food is extremely hard to find, so these lice switch to the sexual mode of survival. The female lice stalk the males and acquire sperms for their appetite, which are rich in nutrients. And their sex lasts like a marathon! According to the lead study author Kazunori Yoshizawa, from Hokkaido University in Japan, "These insatiable women “grasp and stimulate” their men for as long as 70 hours." These lice do not have a concept of seeking permission or what we popularly term consent.

The study also mentions that while these females have developed penis-like organs, the males have pouches like a vagina. "Under typical sexual selection in which females are choosy and males are courting, the male penis has evolved many times independently, probably for active and sometimes coercive mating. A simple reversal of gender roles in sexual selection, however, cannot simply cause the reversed genital organs," Yoshizawa says. 99-Million-Year Old Beetle Fossil Found in Amber, World's Earliest Insect Pollinator Discovered From Myanmar.

The researchers even tried to separate a coupled pair but the male's body broke in the process while the female's genitals remained connected. So these organs have enough gripping power which once again distinguishes them. Scientists still do not know what has caused this evolution so continuous research on the same is needed. Nature is sheer amazing and one can never predict what they will come across with.