Shark Awareness Day celebration serves as a means of raising awareness on the various human practices that are endangering this species, its ecological importance as well as simple things that we can do to increase awareness and open discussions on this issue. 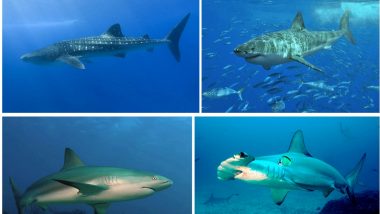 Sharks are one of the most feared creatures on earth. Partly thanks to successful movie series that show sharks to be the dreadful villain, and partly due to the sheer size and demeanour of these enormous creatures, sharks have often been considered to be the biggest enemy we have. At the same time, this may be true literally when it comes to the actuality of being harmed by sharks or even understanding various aspects of this sea-creature and its wide variety of species. This is the reason that we celebrate Shark Awareness Day. An annual commemoration on July 14 which aims to raise awareness about the importance of the sharks in our ecosystem, fun shark facts and anecdotes that are sure to leave us surprised. Shark Awareness Day 2020 is bound to be another day filled with treasured information about these creatures that have survived on this planet for a very long time.

When we think about sharks, the image that comes to our mind is often of the cartoonish creature with a pointy tooth, a razor-sharp fin. However, there are various types of sharks, all with different features that populate the oceans and seas. The earliest known sharks date back as much as more than 420 million years, and Modern sharks are classified within the clade Selachimorpha (or Selachii. Tiger shark, blue shark, great white shark, mako shark, thresher shark, and hammerhead shark are just some of the different types of sharks that exist currently. And it is essential to understand that an array of human activities threaten these populations.

Shark Awareness Day celebration serves as a means of raising awareness on the various human practices that are endangering this species, its ecological importance as well as simple things that we can do to increase awareness and open discussions on this issue. One of the most important things to do is raise awareness of the fact that we are much more harmful to sharks than they are for us. Here are some surprising facts about sharks that will help you understand these creatures better.

We hope that these facts and figures finally highlight the need to relook at the way we perceive sharks and open conversations about these sea-creatures. Here's wishing everyone a Happy Shark Awareness Day 2020!

(The above story first appeared on LatestLY on Jul 14, 2020 12:16 PM IST. For more news and updates on politics, world, sports, entertainment and lifestyle, log on to our website latestly.com).