Solar Eclipse December 2019: How and When to Watch Surya Grahan in Pune, Mumbai and Other Cities in India 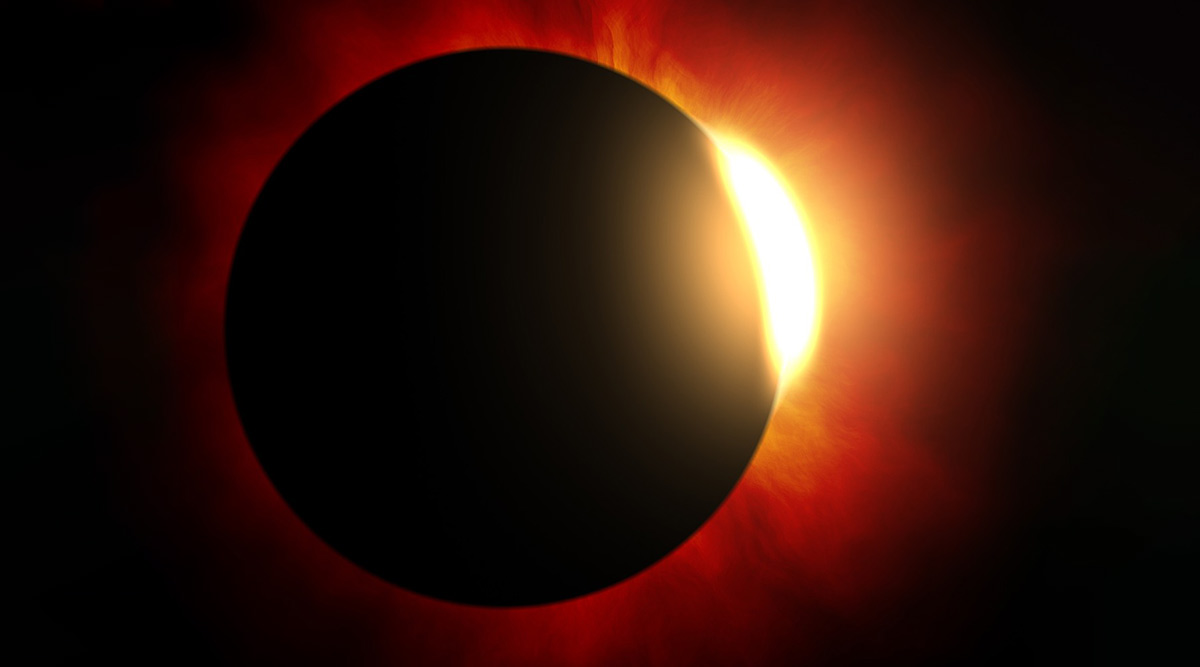 Before we bid adieu to 2019, there is one last grand celestial event we get to embrace—an annular solar eclipse! The annularity will be visible in Saudi Arabia, Qatar, United Arab, Emirates, Oman, Pakistan, India, Sri Lanka, Malaysia, Indonesia, Singapore, Northern Mariana Islands, and Guam. Yes for all you enthusiasts, Solar Eclipse of December 26, 2019, will be visible in various parts of India. You can witness this rare Annular Solar Eclipse which will display a ‘ring of fire’ in the sky that will be clearly visible across Asia. But when will the Solar Eclipse December 2019, exactly occur? How to watch Surya Grahan in your city? We have answered all your queries and even mentioned spots as to how you can enjoy this celestial event in Pune, Mumbai and other cities in India. Solar Eclipse on December 26: In a First, Two Aircraft From Juhu Aerodrome to Fly to Photograph Astronomical Event.

A solar eclipse occurs when the Moon passes between Earth and the Sun, partly obscuring the Sun for a viewer on Earth. An annular solar eclipse occurs when the Moon’s apparent diameter is smaller than the Sun’s, blocking most of the Sun’s light and causing it to look like an annulus (ring). List of Myths and Superstitions People From Around the World Believe in About Surya Grahan.

Where to Watch December 2019 Solar Eclipse?

In India, the eclipse will reach from Southern India’s west coast, and its path will cross in a southeasterly direction. Based on NASA’s map, December 26 annular solar eclipse, Coimbatore will be the first city to experience the celestial event. Surya Grahan will be fully visible from southern India, parts of Indonesia and Saudi Arabia. It will be completely visible in Mangaluru, Karnataka, Palakkad, Kasaragod, Thalassery and Kozhikode in Kerala and Ootacamund, Coimbatore, Erode, Karur, Dindigul, Sivaganga, Tiruchirappalli and Pudukkottai in Tamil Nadu. But the resident of New Delhi, Pune, Jaipur, Lucknow, Kanpur, Nagpur, Indore, Kolkata, Chennai, Ahmedabad, Surat, Bhopal, Vishakhapatnam, Ludhiana and Agra will only witness a partial solar eclipse. Solar Eclipse of December 2019 in India Date, Time and Place: Names of Cities and Countries Where Surya Grahan or Partial Eclipse Will Be Visible.

When to Watch December 2019 Solar Eclipse?

The eclipse will reportedly begin at 8:04 am as the Sun’s edge is touched by the Moon. The annular phase will start at 9:24 am and full eclipse will be visible by then. The total Solar Eclipse will end at 9:27 am and at 11:05 am, the Moon will leave the edges of the Sun thus ending the partial eclipse.

It is a rare celestial event, and you should indeed not miss witnessing the natural sight. But do not watch the Solar Eclipse directly with your naked eyes. The concentrated solar rays can damage your eyes. Individuals are advised to use special solar filters available in the market to witness the eclipse.