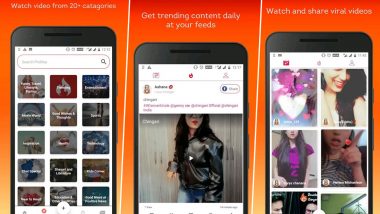 As anti-China sentiments uproar in the country, the Indian Government on Monday took a stern decision to ban at least 59 Chinese mobiles apps. The banned apps will no longer be able for use in India. The highly popular app – TikTok, which is owned by ByteDance also, has been banned from use. Other popular Chinese apps banned in India include UC Browser, ShareIt, Club Factory, Cam Scanner, ES File Explorer and more. With TikTok banned in the country, there are plenty of Desi Indian apps that you use for video sharing among friends and family. TikTok, UC Browser Among 59 Chinese Apps Banned by Govt of India Amid Row With China, See Full List.

One such app is ‘Chingari’, which has clocked over 1 million downloads in no-time. The anti-China sentiments are so high that this short video sharing app garnered over 5.5 lakh downloads in merely 10 days. India’s alternative of TikTok is available in both Android and iOS versions. The company also claims that around 20 percent of the most active users are spending 1.5 hours daily on the app and the average daily engagement time is around 7.5 minutes.

Like VMate video app, the content creators on the Chingari app get paid based on how viral the video becomes on the platform. Every video upload on the app by the users, they receive points per view which can be redeemed for money. After installing the app on the smartphone, the user needs to open it to accept the Term of Service and Privacy Policy. 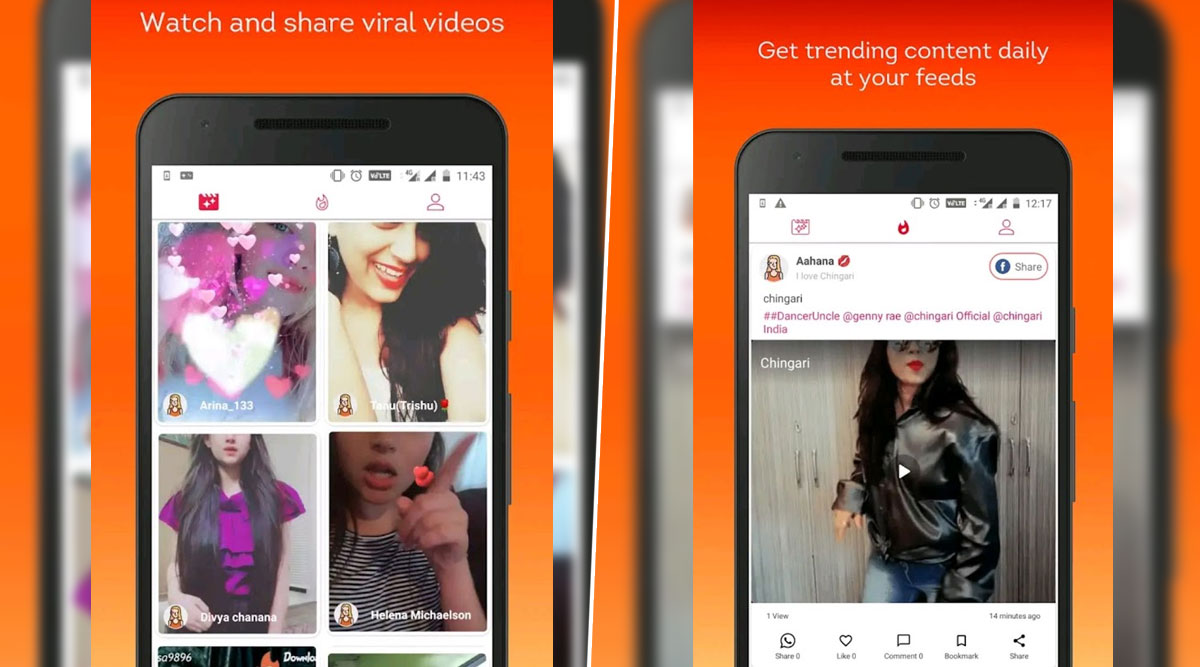 The Chingari video app supports multiple languages such as English, Hindi, Marathi, Punjabi, Bangla, Gujarati, Tamil, Malayalam, Telugu and Kannada. Once the language is selected on the app, it takes the users to three main screens or tabs- Videos, News, and Game Zone. Besides this, the first thing that catches the eye is the top banner ad to play quizzes on the app.

Another interesting feature on the Chingari app is that the users can download WhatsApp Status with just a single tap, which is quite useful. To use this feature, the users need to tap on the arrow button positioned towards the left and then tap on WhatsApp Status to see all the status that can be downloaded with a single tap.

(The above story first appeared on LatestLY on Jun 29, 2020 11:07 PM IST. For more news and updates on politics, world, sports, entertainment and lifestyle, log on to our website latestly.com).