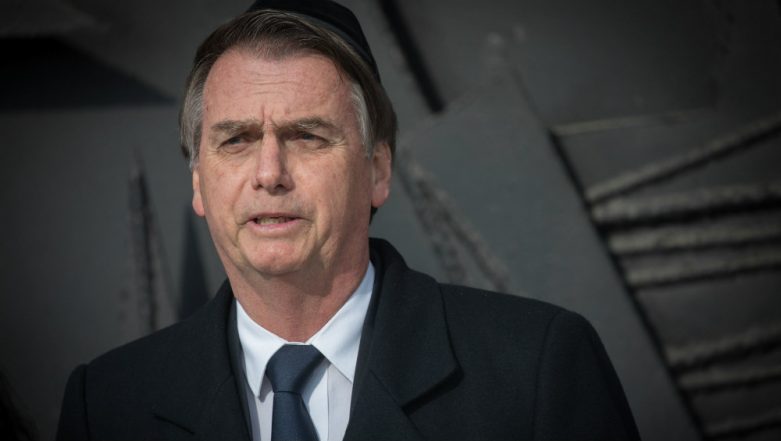 Brasilia, May 4: Brazilian President Jair Bolsonaro has abruptly cancelled a US trip to receive a prestigious award following a storm of protest over his history of homophobic, racist and misogynist remarks and plans to erode environmental protections in the Amazon.

In a statement on Friday, Bolsonaro's spokesman, General Otavio do Rego Barros blamed "resistance and deliberate attacks from the mayor of New York and pressure from groups of interest". The general said these attacks had been "ideological".

The annual Person of the Year award ceremony was due to be hosted on May 14 by the Brazilian-American Chamber of Commerce.

Alongside the US Secretary of State, Mike Pompeo, Bolsonaro was to be honoured for "fostering closer commercial and diplomatic ties between Brazil and the US" and his "commitment to building a strong and durable partnership" between both countries, the chamber said.

The gala event was originally due to be hosted at the American Museum of Natural History - but the museum pulled the event after criticism from LGBT and environmental groups.

Last month, Bolsonaro said Brazil could not become a "gay tourism" paradise and his government has come under fire for plans to dismantle Amazon protections and develop protected indigenous reserves.

"Jair Bolsonaro is a dangerous man," tweeted de Blasio as he thanked the museum for its decision.

The gala event was moved to the Marriott Marquis hotel but then Delta Airlines and Bain & Company, a management consulting company, pulled out.