Hindu Girls Conversion Can't Be Considered Forced in Sindh Province as Girls Had 'Some Degree of Willingness', Says Pakistan Senator

In a shocking statement made by none other than the head of Pakistan's parliamentary committee on forced religious conversions, Senator Anwar Ul Haq Kakar has said that conversions of Hindu girls in Sindh province cannot be declared as forced as the girls had "some degree of willingness". 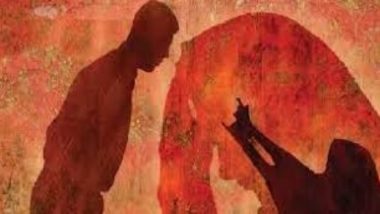 Islamabad, Oct 21: In a shocking statement made by none other than the head of Pakistan's parliamentary committee on forced religious conversions, Senator Anwar Ul Haq Kakar has said that conversions of Hindu girls in Sindh province cannot be declared as forced as the girls had "some degree of willingness".

Kakar made these alarming remarks during a recent press briefing alongside committee member MNA Lal Chand Malhi and civil society activist Krishan Sharma after the committee came back with its findings about incidents of forced conversions of Hindu girls in the Sindh province. Sikh Girl Forcibly Converted to Islam in Pakistan; Punjab CM Captain Amarinder Singh Tells Imran Khan to Take Stern Against Perpetrators.

"There are several definitions of forced conversion, and the subject was debated by the committee at length", Kakar said.

"Although conversion to seek a better lifestyle is also considered forced conversion, economic reasons can be considered exploitation and not force, as eventually it is after consent," he added.

Kakar said a thin line differentiates consent and exploitation, adding that conversions of Hindu girls in Sindh province could not be considered forced.

"The committee, which included members from other religions as well, did not find any trace of kidnapping and illegal confinement of Hindu girls who later came to give statements in the court," he said.

The committee members maintained that they conducted a complete survey during their visit to Sindh, during which they held public meetings with senior officials in the Sindh government, officials and even the accused groups, who are allegedly behind the conversions.

The committee also met with the families of the victims to understand better the increasing cases of forced conversions, of what they liked to call conversions of Hindu girls who had either been abducted, or had ran away with their Muslim lovers, converted their religion to Islam and got married.

"The worst part of the situation was that the families' pain and shame were not taken into consideration. If we all start taking the families into confidence and devise a mechanism to console them, the cases of forced conversions will decline," Kakar said.

He said the committee found out that most or all of the cases of forced conversions had some degree of willingness on the girl's part.

"What we observed is that the majority of the girls and boys had secretly decided to elope and marry. But that was because the families of the two would not accept them as life partners," he said.

Lal Chand Malhi said that the state should take the responsibility of providing shelter and security to such couples who willingly run away, change their religions willingly and get married.

"Those who run away from their homes should be provided state protection for some time so that the girl may finalise her decision," he said.

"People such as Mian Mithu and Pir Sarhandi house girls and manage the system to keep the girls away from their families. There is no evidence that these people are backed by any authority, political power or state organ," he added.

Activist Kirshan Sharma said there were two kinds of forced conversions that persist in the country, insisting that they need the state's immediate attention.

"There are two kinds of forced conversions, the first involving kidnapping and illegal confinement, and a second kind. The second kind is rampant in Sindh and that has to be taken care of by the state. This is procedural forced conversions, in which the whole system of the country, from the police to the courts etc., are violating the laws and facilitating such conversions," he said.

"When the parents present a certificate that the age of the girl is below 18 years, the police usually do not attach this document in the FIR, but we have women protection laws in the country and we need to implement them," he added.

The parliamentary committee will also meet with the Council of Islamic Ideology to discuss cases where a Hindu girl wishes to return to her family after expressing consent to a marriage with a Muslim in court.

(The above story first appeared on LatestLY on Oct 21, 2020 11:05 AM IST. For more news and updates on politics, world, sports, entertainment and lifestyle, log on to our website latestly.com).