Blockchain is a decentralised, distributed database of encrypted records which are linked by clusters of computers not owned by a single entity. 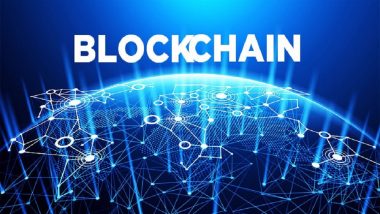 Singapore, May 13: One of India's top software technology and services company, Wipro, has been engaged to build a settlements protocol for blockchain, which gave birth to cryptocurrency bitcoin, for eight banks in Thailand. "Developed as part of the first phase of Project Inthanon, the solution will enable de-centralised interbank real-time gross settlement (RTGS) using wholesale Central Bank Digital Currency to prove that the technology can perform key functionalities of payment and enhance efficiency," the company said in a statement recently.

Blockchain was invented by Satoshi Nakamoto in 2008. His identity is unknown and almost certainly a pseudonym for a person or a group of people. At that time, "Nakamoto" was trying to come up with a means of validating digital currency transactions via distributed, decentralised peer-to-peer network in the wake of the global financial crisis. This eventually served as the technology which gave birth to the cryptocurrency bitcoin. Blockchain is a decentralised, distributed database of encrypted records which are linked by clusters of computers not owned by a single entity. Hackers Steal Over USD 40 Million in Bitcoin From Binance.

In simple terms, it is a means by which records or ledgers of transactions are authenticated using multiple separate machines without the need of a trusted authority or central server. The records are also immutable and cannot be changed at any one single source, and are readable and transparent to all.The technology has less than innocuous beginnings.

Other than enabling the existence and speculative trading of cryptocurrencies like bitcoin with its accompanying ills and benefits (depending on whether you made or lost money), it is infamous for facilitating heinous activities of such groups as terrorists as well as kidnapping and smuggling rings who hide under anonymity of the dark web. Despite this, it has in recent years been resurrected and embraced by mainstream organisations who have been inspired to develop applications beyond cryptocurrencies with many saying that it has the potential to revolutionise the financial industry.

In August 2018, Thailand's central bank, the Bank of Thailand (BOT) launched Project Inthanon with the aim of developing and testing a proof-of-concept for domestic wholesale fund transfer using wholesale Central Bank Digital Currency (CBDC). If successful, the system will allow participating banks to form an interbank network that will allow payment settlements using the CBDC.

The first phase which lasted until January 2019 involved R3, an enterprise blockchain software company headquartered in New York with offices in London and Singapore, and eight banks. The eight banks that participated in the project are Bangkok Bank, Krung Thai Bank, Bank of Ayudhya, Kasikornbank, Siam Commercial Bank, Thanachart Bank, Standard Chartered Bank (Thai), and the Hongkong and Shanghai Bank.

The outcome of the initial phase indicated that the Distributed Ledger Technology (DLT) was able to enhance payment efficiency and support interbank transfer and settlement during after office hours. However, BOT felt that the DLT needed some time to mature before it could be implemented in their payment infrastructure and that more tests need to be conducted to ensure scalability, security and system resiliency.

Phase 2 of the project started in February and aims to explore applications in interbank trading and re-purchase transactions as well as regulatory compliance and data reconciliation. It will involve R3 as well as the same 8 banks together with Bengaluru-based Indian tech firm Wipro. Although this settlements layer will allow the use of cryptocurrency in interbank transactions, the introduction of a CBDC is not about creating a new national cryptocurrency.

It is to optimise the efficiency of back-office operations in its banking sector with the objective of replacing intermediary third- party protocols with decentralised systems and thereby reducing the cost of banking. Thailand is the latest in a growing list of countries actively developing financial protocols built on DLT. It has also been very open-minded with regards to crypto commerce. Instead of clamping down, Thai regulators have focused on building a strong legal framework for blockchain businesses.However, Thailand is a late starter.

Already 40 countries including Cambodia, Singapore, UK, France and Sweden utilise blockchain technology to enable new capabilities for central bank processes which have not been identified and not just for digital currencies.In April 2018, the Reserve Bank of India (RBI) revealed a plan to issue CBDC for their use. At the same time, it came down hard on cryptocurrencies forcing exchanges to close. However, the plan was put on hold after a three-month-long feasibility study without providing any details about the results of the study to the public.