Maldives Votes Out Pro-China President Abdulla Yameen: List of Strongmen Defeated Across the World in Recent Past 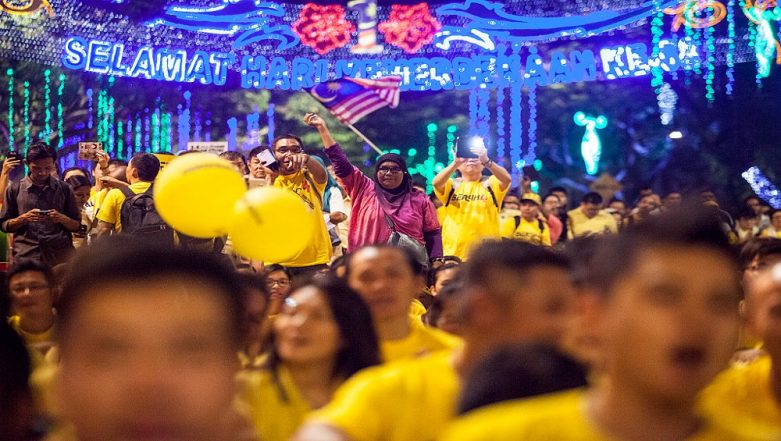 As per the results announced by the polling body in Male, joint Opposition candidate Ibrahim Mohamed Solih received 58 percent of the vote, or 134,616 ballots, as opposed to 42 percent or 96,142 ballots polled in favour of Yameen.

By the afternoon on Monday, celebrations erupted across Maldives as Yameen, the China-backed ruler, conceded defeat. The outgoing President's 5-year tenure was marked by strong suppression of dissent, with the government cracking whip on anti-establishment press, apart from the politicians in the Opposition camp.

On his rout, LatestLY has compiled a list of cases in the recent past, where democracy has triumphed in times of populism.

In the elections held in April this year, 92-year-old Mahathir Mohamad, leading a coalition whose prospects were minimised by pollsters, shocked Malaysia's "autocratic" ruler Najib Razak. Mohamed was elected the Prime Minister after his coalition won 121 seats in the 224-member assembly. On the other hand, the incumbent ruling alliance was restricted to 79.

After 10 years of rule, Sri Lanka's former president Mahinda Rajapaksa was confident of comfortably seeking another 5-year tenure. This propelled him to prepone the elections in 2015. Rajapaksa, however, faced an unprecedented rebellion from his deputy Maithripala Sirisena. The latter contested against him and won with the presidential contest with 51.3 percent of the vote.

17 years after Venezuela had formed the national assembly under former supreme leader Yugo Chavez, the ruling party was handed its first defeat in the parliamentary polls. Chavez's successor and incumbent President Nicolas Maduro was shocked as the Opposition coalition won 99 seats in the 167-seat legislature. The defeat crushed the Chavista movement, with thousands of demonstrations hitting the road calling for an end to socialism. Maduro, however, resorted to totalitarianism by suspending the national assembly.

Military chief-turned-administrator Yahya Jammeh was ruling the African nation since 1996. The 53-year-old suffered a shock defeat in 2016 at the hands of Adama Barrow, a real-estate agent, who had recently taken the political plunge. Despite claiming before the polls that he "selected by Allah" to rule Gambia for "a billion years", Jammeh was backed by only 36.7 per cent of the electorate, as opposed to 45.5 per cent voting in favour of Barrow.

In 2017, two of the longest serving dictators of Africa - José Eduardo dos Santos, whose tenure lasted for 38 years in Angola and Robert Mugabe, who ruled Zimbabwe for 33 years - stepped down from their post under massive public pressure. On the heels of impeachment, the two "dictator-cum-elected rulers", stepped down from their posts. Their ouster, claimed analysts, was a step towards strengthening democracy in the two nations.

Apart from the bloodless coup highlighted above, there have been several instances of armed resistance against strongmen in the last decade. In the Arab Spring which propped up in 2011, a number of rulers from the Middle East were dethroned -- the tallest among them being Muammar Gaddafi, who ruled Libya for 42 years.