Third Gender Option on Passport: List of Countries That Allow Transgenders to Choose Sex Marker Other Than Male or Female on Passports

The US will soon join a growing list of countries that have allowed a third gender option for passport applicants. Here is the full list. 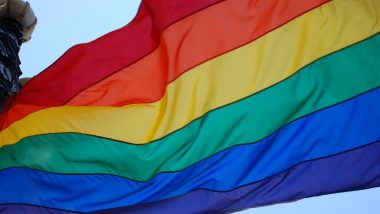 Washington, July 2: In a progressive step, the US government has announced to introduce a new gender option other than "male" or "female" for transgender Americans seeking US passport. Once the new gender option is introduced, Americans who are nonbinary, intersex and gender-nonconforming will be able to choose a sex marker other than "male" or "female" when applying for US passport.

In a statement, the US State Department said that it was working "towards adding a gender marker for non-binary, intersex, and gender non-conforming persons applying for a passport or (a consular report of birth abroad)," meaning applicants will in the future be able to choose something other than "M" or "F". The US will soon join a growing list of countries that have allowed a third gender option for passport applicants. Below is the full list.

In the United States too, at least 20 states and Washington, DC, have recognised non-binary or third gender classifications or have already introduced X gender for documents.

(The above story first appeared on LatestLY on Jul 02, 2021 08:52 AM IST. For more news and updates on politics, world, sports, entertainment and lifestyle, log on to our website latestly.com).