Business News | Energy Efficiency is Common-sensical and in Interest of Companies: Sunil Kant Munjal at Sri Ram College of Commerce

Energy efficient practices are based on common sense more than anything else; they not only save the planet and environment, they also help reduce wastage, which is vital for ensuring profitability, according to Sunil Kant Munjal, Chairman, Hero Enterprise and Chancellor BML Munjal University. 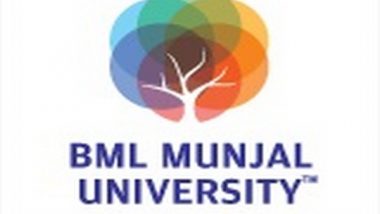 New Delhi [India], June 11 (ANI/NewsVoir): Energy efficient practices are based on common sense more than anything else; they not only save the planet and environment, they also help reduce wastage, which is vital for ensuring profitability, according to Sunil Kant Munjal, Chairman, Hero Enterprise and Chancellor BML Munjal University.

Munjal was speaking at a virtual session on June 8 that was organised to discuss his award-winning book, "The Making of Hero" which was organised by Shri Ram College of Commerce (SRCC), and moderated by Prof Simrit Kaur, Principal, SRCC.

Munjal sought to dispel the myth that adopting such practices was expensive and time consuming. "We are a nation of entrepreneurs and innovators - and if environmental and cost effective practices could be developed six decades ago, they can be developed now," he said.

Citing the example of the upcoming arts and culture centre in Delhi being planned by the Hero Enterprise supported Serendipity Arts Foundation, he said the brief given to the designers and architects is to construct a building that is carbon neutral, water positive, energy efficient, eco-friendly and accessible. He added that that though India has started late, achieving environmental sustainability and green efficiency as a nation is doable and achievable.

The session also explored the approach of Hero group in understanding and implementing the National Education Policy - 2020 (NEP) in their various educational institutions. Sharing his views on the NEP, Munjal said, "Hopefully, education at all levels will become more practical, experiential and vocation oriented. Besides, when individual passions are ignited during the learning process, it creates a source of energy which powers the ability levels of all students."

The session also featured an extensive discussion on the book, 'The Making of Hero', which has been featured amongst India's prominent bestsellers for several months. The story of Hero has also won the Business Book of the Year 2020 Award at the TATA Literature Live! Festival. An authentic 'Make in India' story about overcoming many odds: labyrinthine red tape, tepid economic growth and later, global competition, it follows the lives and times of the four Munjal brothers who scripted a dramatic revolution on two wheels without any formal education or resources.

Prof Kaur on behalf of her students asked Munjal the secret behind the success of Hero and how it engrained a commitment to the society from its early days.

"As growth and diversification started taking place at Hero, each new company added and supported by the Hero central office were asked to follow three broad principles. Keep your head down and focus on doing the right thing; aim to be the biggest and the best in the business, but with zero compromise on quality and process; build capabilities and support the entire ecosystem around you," Munjal said. He added that Hero's success is directly related to the passion, integrity and the commonsensical approach embedded by the four founding brothers.

The Making of Hero

Hero Group began its journey by trading in and manufacturing bicycle parts. It gradually evolved and diversified into bicycles, mopeds, automotive parts, motorcycles and scooters, and today the restructured group also encompasses service businesses and infrastructure. In 1986, thirty years after its inception, Hero Cycles became the largest bicycle maker in the world. In the next fifteen years, the motorcycle venture Hero Honda also became the largest in the world, and both pole positions are held firmly even today.

The bestselling The Making of Hero traces the incredible Hero odyssey that begins with the early lives of the founders. It describes the evolution of Hero Cycles, the foray into mopeds, automotive parts and eventually motorcycles and scooters.

Hindi edition - 'Hero ki Kahani', published in 2021 is an earnest attempt to take the Hero story across the Indian heartland.

Named after the late Founder Chairman of the Hero Group, BML Munjal University (BMU) is a unique not-for-profit initiative founded by the promoters of the Hero Group. BMU is mentored by Imperial College London and is engaged in creating, preserving, and imparting internationally benchmarked knowledge and skills. The university seeks to transform higher education in India by creating a world-class innovative teaching, learning and research environment. It envisions becoming a nursery for the leaders of tomorrow and a repository of knowledge.

The School of Management at BML Munjal University has been ranked 37th among all.

The management institutions across India in the NIRF Rankings 2020. BMU is the youngest entrant in the top 37 list, comprising 27 government and 10 private institutions.