Abhay Deol: I Was Teased as Kid for Having Ears Like Star Trek's Captain Spock

Actor Abhay Deol has shaved his head. On Wednesday, he took to Instagram and gave fans a glimpse of his new look. 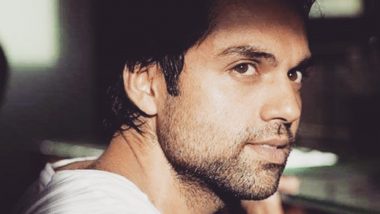 Actor Abhay Deol has shaved his head. On Wednesday, he took to Instagram and gave fans a glimpse of his new look. However, it was his ears that grabbed netizens' attention more than his shaved head, courtesy his caption. In the post, he opened up about being teased for having ears like 'Star Trek' fame fictional character Mr. Spock. Manoj Bajpayee Named as the Most Popular OTT Actors of 2021.

"I was teased as a kid for having ears like Captain Spock. My family said it was because I was pulled by them often for being naughty. I believe it's because I was actually born on the planet Vulcan," he wrote. Abhay's caption has left fans in splits. Bheeshma Parvam: Anasuya Bharadwaj's First Look From Her Malayalam Debut Alongside Mammootty Is Out!.

"Hahahaha. They do look like Spock's iconic ears," a social media user commented. "The ears look so cute," another one wrote. On the work front, Abhay recently shared screen space with his nephew Karan Deol in Velle.