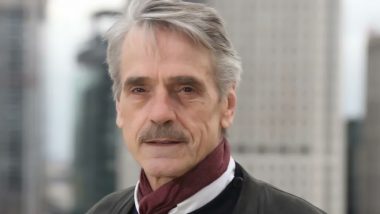 Veteran actor Jeremy Irons has boarded the cast of Ridley Scott's film about the Gucci family fashion dynasty and the murder of the grandson of founder Guccio Gucci. Titled Gucci, the movie will feature pop star Lady Gaga as Patrizia Reggiani, the ex-wife of Gucci's grandson Maurizio Gucci. Reggiani was abandoned after 12 years of marriage by Maurizio Gucci in 1985 for a younger woman. She was tried and convicted of orchestrating her ex-husband's assassination on the steps of his office in Italy in 1995. Westworld Actor Hiroyuki Sanada Joins Brad Pitt in Sony’s Bullet Train

She got the nickname the Black Widow during the trial and served 18 years before being released from prison in 2016. Besides Gaga and Irons, actors Adam Driver, Jared Leto, Al Pacino, Jack Huston and Reeve Carney are also attached to the project. According to Variety, Irons will essay the role of Maurizio's father, Rodolfo Gucci. Driver will portray Maurizio. Never Have I Ever Season 2: Megan Suri Joins Mindy Kaling’s Netflix Show

The film, which hails from MGM, is based on Sara Gay Forden's book "The House of Gucci: A Sensational Story of Murder, Madness, Glamour, and Greed".

Roberto Bentivegna is adapting the book for the big screen. The project will be produced by Scott Free Productions and Kevin Walsh.