The show, created by Mindy Kaling and Lang Fisher, revolves around an academically competitive and hot-headed Indian American teenager Devi 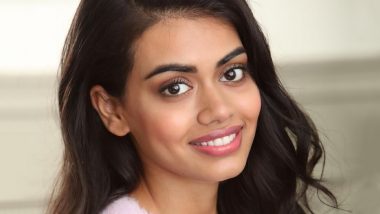 Actor Megan Suri, who appeared on the ABC family comedy Fresh Off The Boat, will star in the second season of Never Have I Ever, a Netflix coming-of-age series. The show, created by Mindy Kaling and Lang Fisher, revolves around an academically competitive and hot-headed Indian American teenager Devi, played by Maitreyi Ramakrishnan, trying to catch the eye of the school heartthrob while secretly grieving the sudden death of her father. Good In Bed: Mindy Kaling to Star In and Produce Film Adaptation of Jennifer Weiner’s Best-Selling Novel for HBO Max

According to Deadline, Suri will play Aneesa, a new Indian student at Sherman Oaks High, whose confidence and radiance will pose an immediate threat to Devi. Suri's feature credits include films like "Valentine's Day" and "The Miseducation of Bindu". The news of her casting comes as production on the second season has began a fortnight ago. Mindy Kaling Would Love to Work with Deepika Padukone, Sonam Kapoor

In the new season, Ramakrishnan will reprise her role as Devi alongside returning cast including Poorna Jagannathan, Richa Moorjani, Jaren Lewison, Darren Barnet, Lee Rodriguez and Ramona Young. The first season, which debuted on April 27 this year, was lauded by the critics for its inclusivity and breaking South Asian stereotypes.