Get latest articles and stories on Health at LatestLY. A team of researchers has found that modifying the time perspective of people with alcohol use disorder (AUD) may improve their recoveries. 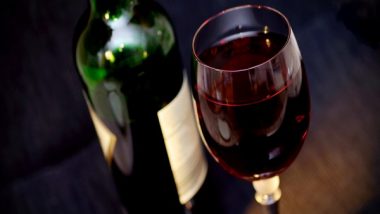 Washington [US], January 31 (ANI): A team of researchers has found that modifying the time perspective of people with alcohol use disorder (AUD) may improve their recoveries.

The study has been published in the 'Alcoholism: Clinical & Experimental Research Journal'.

Alcohol use disorder creates an estimated economic burden of USD 249 billion every year with more than 15 million adults in the U.S. coping with alcohol use disorder, according to the Substance Abuse and Mental Health Services Administration.

"By focusing on decision-making and adding the perspective of evolutionary biology, we've taken a fresh approach that is showing us ways to predict how an individual would experience recovery," said Warren Bickel, the Virginia Tech Carilion Behavioral Health Research professor and director of the Fralin Biomedical Research Institute's Addiction Recovery Research Center and its Center for Health Behaviors Research.

Virginia Tech scientists examined alcohol use disorder recovery in 110 adults who had met the criteria for alcohol abuse and dependence in the International Quit and Recovery Registry, an online data collection site and forum developed at Virginia Tech in 2011.

People with "slow life-history" strategies were more focused on future rewards and personal growth. They exhibited positive economic, health, and personal development behaviours. They were more likely to be in remission from alcohol use disorder.

In either strategy, decision-making is influenced by the length of the temporal window of integration -- how far in the future people can imagine and integrate into their present choices -- according to study first author Liqa Athamneh, a postdoctoral associate who began her research with Bickel while a student in Virginia Tech's Translational Biology, Medicine, and Health graduate program.

The temporal window of integration was evaluated through a delay-discounting task that involved choosing between lower amounts of money in the short term, or larger amounts in the longer term.

Individuals in recovery from alcohol use disorder who indicated "fast life-history" strategies exhibited a shorter temporal window and excessive delay discounting. The current research suggested that delay discounting could serve to predict an individual's experience of recovery and remission, which is important because recovery from alcohol-use disorder typically involves relapses. Potential new treatments may benefit from the understanding of the relationship of life-history theories and remission, the researchers said.

Alongside the delay-discounting information, researchers statistically explored links between participants' past and current status for alcohol use disorder, and their health-related behaviours -- such as drug use, physical activity, saving and spending, and safe driving.

"In evolutionary biology, organisms decide whether to put their resources into their personal development or into biological imperatives, such as finding food or reproduction," said Bickel, the senior author of the study who is also a professor of psychology in the Virginia Tech College of Science.

"People in unpredictable environments are positioned to favour short-term goals. They have faster life-history strategies that include brief relationships, early reproduction, reduced self-care, and substance use. In more supportive environments, it becomes practical to prepare for longer-term outcomes, so people with slower life-history strategies might work on personal development, fitness, education, and health goals," Bickel added.

The next step of the research will be to observe study participants over time. Scientists expect people in recovery from alcohol use disorder with faster life-history strategies may benefit from interventions that expand their future perspective.

"While the nation has focused on the overdose crisis, alcohol use disorder has been under the radar as a major, unaddressed public health problem. Slips, relapses, dropping out of treatment, pharmacological non-compliance, and failure to follow the treatment plans are the rule, rather than the exception in AUDs," said Mark S. Gold, professor in the department of psychiatry at Washington University in St. Louis and formerly a University of Florida Distinguished Professor, Eminent Scholar, and chairman of the department of psychiatry, who was not involved in the research.

"Once acquired, substance use disorders have a chronic, relapsing course often associated with deaths. Who recovers, who adheres to the treatment plan, who takes medications for relapse prevention, and why, are major unanswered questions. This current study by the ground-breaking Bickel group shows that measuring delay discounting could be a predictive market, which is a good prognostic sign predicting an individual recovery and remission," he added. (ANI)