How I Met Your Father: Josh Peck Joins the Cast of Hilary Duff's Hulu Series 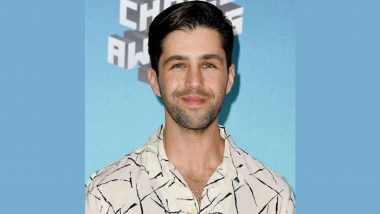 Former Nickelodeon star Josh Peck has joined the cast of Hilary Duff-led How I Met Your Father series. CBS' 'How I Met Your Father' (HIMYF), a spinoff of the network's long-running sitcom How I Met Your Mother (HIMYM) has added another former child star- Josh Peck to its cast in a recurring role to act opposite series lead Chris Lowell, according to E! News. Reese Witherspoon Opens Up About Not Having Enough 'Support' After Birth of Her First Child.

Reportedly, Josh who currently stars on Disney plus's TV adaptation of 'Turner and Hooch', will be playing Drew, the good-looking vice-principal at the school where Jesse (Lowell) works. Josh's addition to the cast comes after Brandon Micheal Hall's exit from the series. He has been replaced by 'David Makes Man' actor Daniel Augustin. Introducing 'Hamza Abo$$,' a Can't-Miss Talent Out of Seattle.

Other cast members include Francia Raisa, Tom Ainsley, Tien Tran, and Suraj Sharma, who will all play the friends and family of Lowell and Duff's characters.

Ashley Reyes has also been cast in the recurring role of Hannah, the girlfriend of Sid (Sharma). The upcoming series will revolve around Sophie and her close-knit group of friends who are in the midst of figuring out who they are, what they want out of life, and how to fall in love in the age of dating apps and limitless options.

Hilary Duff will star as Sophie and serve as a producer on the series. Lowell will play Jesse, an aspiring musician who works as an Uber driver to make ends meet. He's described as having an edge and cynical about love and who lives with his best friend, Tom. 'This Is Us' and 'Love, Victor' duo Isaac Aptaker and Elizabeth Berger are set as showrunners on 'HIMYF' and will serve as executive producers alongside original 'HIMYM' creators Craig Thomas and Carter Bays, with original series director Pam Fryman on board in the same role.

Months before the sitcom's series finale aired in 2014, a 'How I Met Your Dad' spinoff series was announced. Greta Gerwig was signed on to star but CBS ultimately passed on the project. Two years later, Deadline reported that the series was being renamed 'How I Met Your Father' and getting brand new characters. Aptaker and Berger were additionally tapped to write the show, but the project was later put on hold in 2017. A premiere date for 'HIMYF' has not yet been determined. The comedy was picked up straight to series in April.